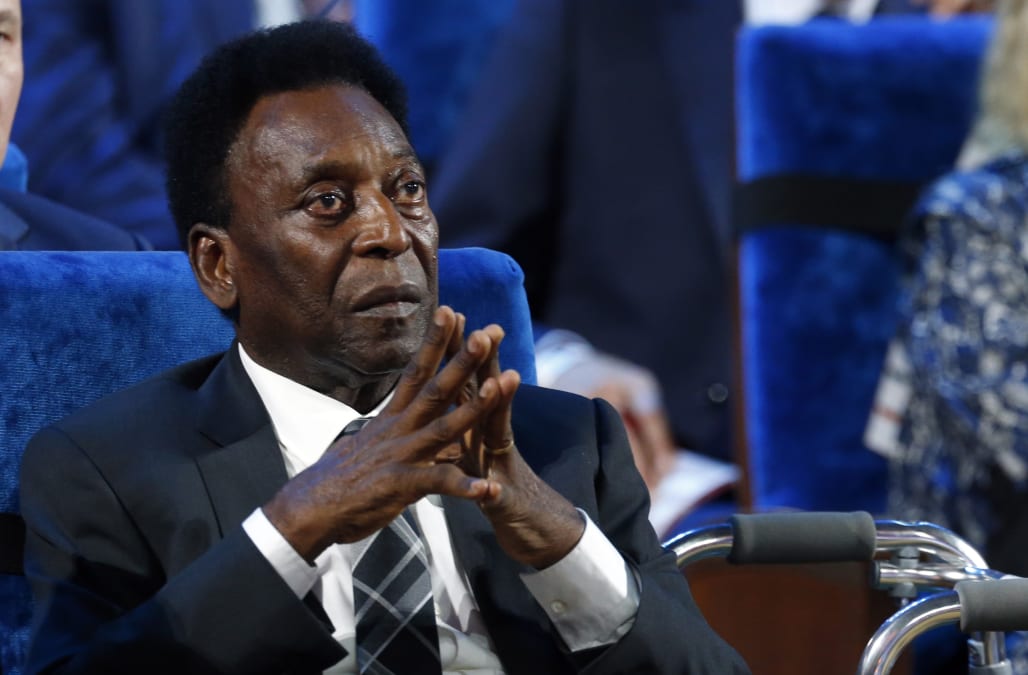 Brazil legend Pele is dealing with depression stemming from poor health and a tough rehabilitation after a hip replacement, his son Edinho said.

Pele, 79, uses a frame to walk and has been seen at appearances recently in a wheelchair. Edinho explained his father’s health in a long interview for Globoesporte. The full interview will be released Thursday, but the site published a short snippet on Monday. (H/T Goal.com).

"He’s pretty fragile. He had a hip replacement and didn’t have an adequate or ideal rehabilitation.

"So he has this problem with mobility and that has set off a kind of depression. Imagine, he’s the king, he was always such an imposing figure, and today he can no longer walk properly. Only with help. He is very shy, very embarrassed about it.

"It improved a little compared to that recent time when he was in a wheelchair, but he still has a lot of difficulty walking.

"He’s embarrassed, he doesn’t want to go out, be seen, or do practically anything that involves leaving the house. He is reclusive."

Edinho said his father had not done the physiotherapy required after hip surgery, even though he argued with him about it.

Pele is widely considered one of the greatest soccer players in history and is the only player to win three World Cups (1958, 1962, and 1970). The anniversary of his third World Cup victory is this summer. He spent most of his career with Brazilian club Santaos before joining the New York Cosmos in the late 1970s.