'I know we got time left!': Patrick Mahomes snapped at teammates before Super Bowl comeback 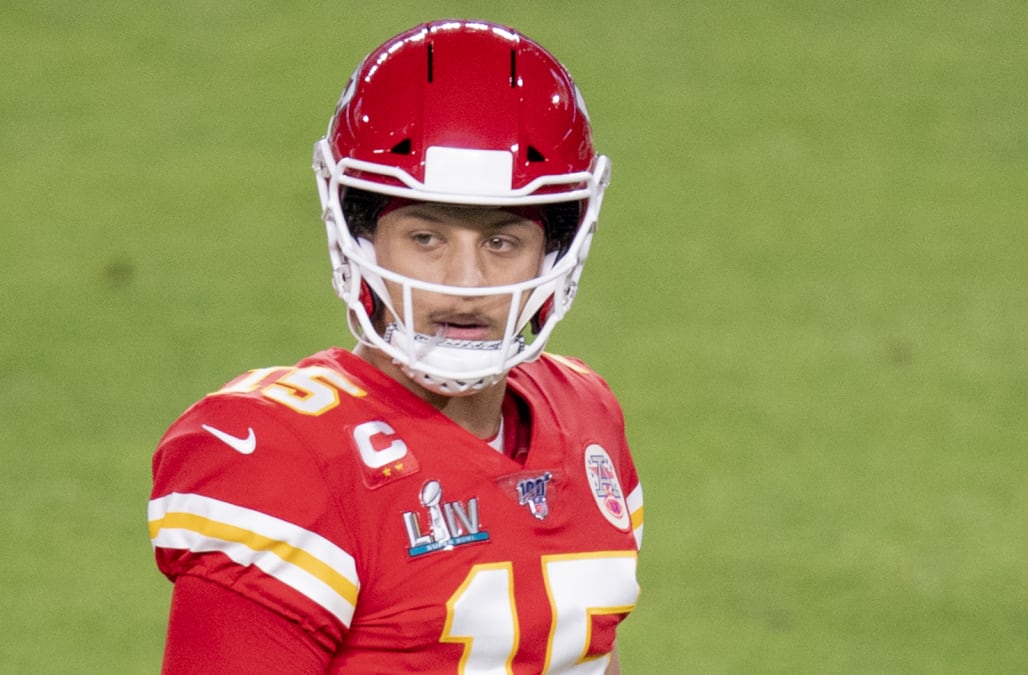 Patrick Mahomes was the hero of Super Bowl LIV, leading the Chiefs on an impressive comeback in the fourth quarter to erase a late 10-point deficit and defeat the San Francisco 49ers 31-20.

But just before their comeback, things looked dire for the Kansas City faithful. Mahomes had thrown his second interception in as many possessions, giving the 49ers the ball with a 20-10 lead and just 12 minutes remaning in the game.

As Mahomes told Peter King of NBC Sports, there was plenty of support from his teammates on the sideline after his misfire — in fact, there was too much.

"And I almost gave him a little bit of an attitude. I was like, I know we got time left!!!"

Backup quarterback Matt Moore shared Mahomes' recollection, and seems to have caught the worst of his slight outburst.

But Moore said that Mahomes was quick to apologize for being so curt. "Later, he came up to me and said sorry for coming at me so hot like that. 'Dude, you were like the 15th person to say something to me. Sorry!'"

To be fair, Mahomes himself is also one to hype his teammates up on the sidelines. Before the Chiefs biggest play of the game — a desperate conversion on third-and-15 that eventually led to the first touchdown of their comeback effort — Mahomes was on the sidelines talking up wide receiver Tyreek Hill, who would make the crucial catch.

By the sound of it, Mahomes just got frustrated with hearing teammates try to lift him up because he didn't need any lifting. He had faith they'd find a way to win, and hearing his teammates reiterate that made it sound like they were worried he didn't.

Just a few minutes later, both Mahomes and his teammates would prove themselves correct, tearing through the 49ers defense for three straight touchdown drives to erase their once-daunting deficit, defeate the 49ers, and bring the Lombardi Trophy to Kansas City for the first time in 50 years.

Video shows how casually Patrick Mahomes called the game-changing play of the Super Bowl, and it all happened thanks to a 49ers challenge