CPAC chair: Mitt Romney’s ‘physical safety’ would be at risk at conference 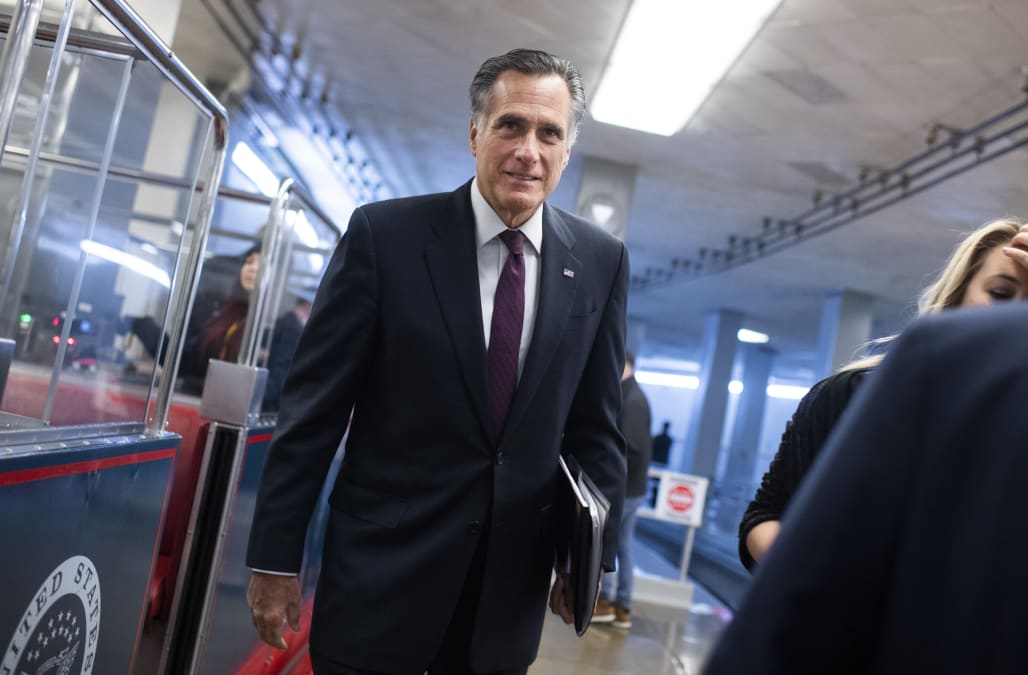 The chairman of the Conservative Political Action Conferencewarned in an interview Sunday that he would be “afraid” for the “physical safety” of Sen. Mitt Romney (R-Utah) if he attempts to attend this month’s annual convention in Maryland.

The ominous warning follows Chairman Matt Schlapp’s Twitter attack on the senator last month after Romney went against the party line to call for witnesses in Donald Trump’s Senate impeachment trial. Romney, the 2012 Republican nominee for president, subsequently voted last week to convict Trump of abuse of power, the sole member of the GOP to do so. The senator cited his oath to God and the dictates of his religion to do “my duty.”

Schlapp’s tweet notified Romney that he was “not invited” to CPAC — though it was unclear if the senator ever planned to attend. The tweet included an unflattering, almost frightening, image of Romney.

BREAKING: The "extreme conservative" and Junior Senator from the great state of Utah, @SenatorRomney is formally NOT invited to #CPAC2020. pic.twitter.com/f35tYy73V1

Schlapp told Greta Van Susteren on “Full Court Press” Sunday that Romney might be allowed to attend the conference — as a “nonconservative” — at some point “in the future.” But he noted that it could be too dangerous for Romney to do so now.

“We won’t credential him as a conservative. I suppose if he wants to come as a nonconservative and debate an issue with us, maybe in the future we would have him come. This year, I would actually be afraid for his physical safety because people hate him so much,” Schlapp said.

Romney has been the subject of nonstop attacks from Trump and other Republicans since he voted to convict last week. The president has retweeted inflammatory and unfounded conspiracy theories about the onetime GOP standard bearer, and at least one member of his party has called for Romney to be expelled from the Republican caucus.

Schlapp called the political atmosphere in Washington “cancerous.” Ironically, he also told Van Susteren: “We actually need political leaders that can help all of us get to a better place.”

Romney’s office did not immediately respond a request to comment. But Twitter users had plenty to say.

Closer and closer to saying the quiet part loud. https://t.co/l0cEXthte0

This is really dangerous talk. Republicans apparently have no compunction in encouraging violence.

After watching this sordid turn of events with Mitt Romney, it makes more sense how the Republicans stay so united. It’s out of sheer terror of their own party.

It’s a damn bullhorn between the lines.

More from HuffPost US:
Brian Kilmeade slams Pelosi as too emotional: 'I don't want to get into gender'
Alexandria Ocasio-Cortez serves up a burn to critics while bartending
Kamala Harris on Trump's likely acquittal: 'When you're a star, they let to do it'