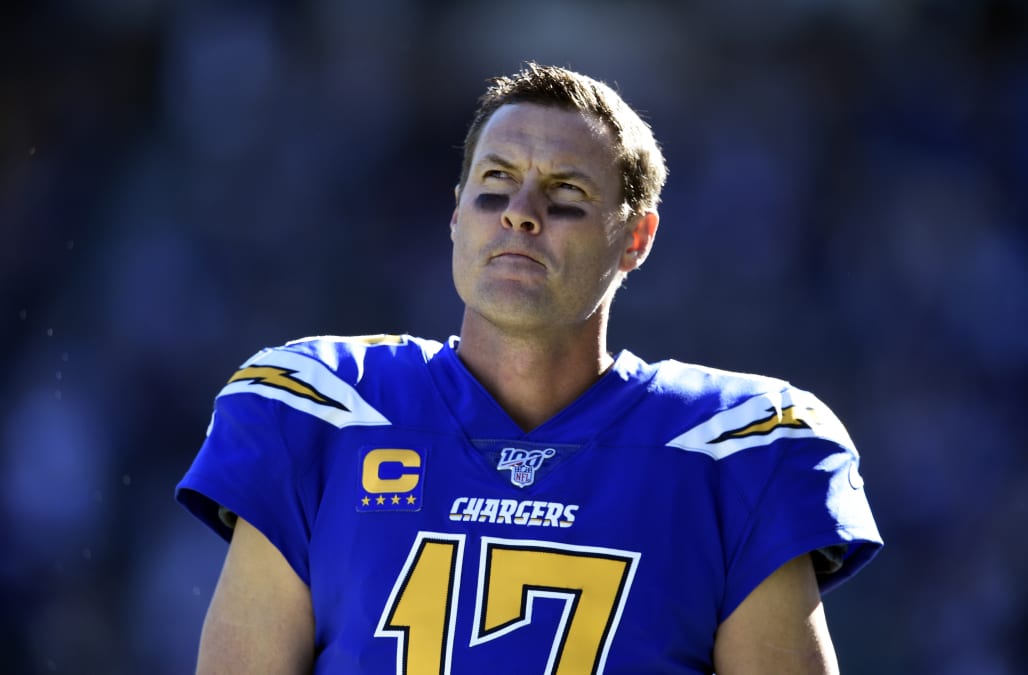 And we have our first major domino in what could be a wacky NFL offseason when it comes to quarterbacks.

Los Angeles Chargers quarterback Philip Rivers will be moving on. The team and player took the rare step of announcing on the team’s website that Rivers will be entering free agency via a joint statement.

“As we talked through various scenarios, it became apparent that it would be best for Philip and the Chargers to turn the page on what has truly been a remarkable run,” Chargers GM Tom Telesco said in the statement.

It’s a massive shift for the Chargers, and for Rivers too.

Philip Rivers came to Chargers in 2004, and became the team’s starting quarterback in 2006. He took over for a guy named Drew Brees.

RIvers’ time with the Chargers will look similar to another Chargers legend, Dan Fouts. Rivers made eight Pro Bowls. He put up fantastic numbers. He was a very good quarterback for many years and one of the franchise’s icons. But he couldn’t get the Chargers to a Super Bowl.

Still, there were a lot of highs during the Rivers era, and it’s rather shocking that it has come to an end.

“I am very grateful to the Spanos family and the Chargers organization for the last 16 years,” Rivers said in a statement. “In anything you do, it's the people you do it with that make it special. There are so many relationships and memories with coaches, support staff and teammates that will last forever, and for that I am so thankful.

“I never took for granted the opportunity to lead this team out on to the field for 235 games. We had a lot of great moments, beginning in San Diego and then finishing in LA. I wish my teammates and coaches nothing but the best moving forward.

“I'm not sure what the future holds, but my family and I look forward to seeing what God has planned for us next.

The question for Rivers on his free agency journey will become which team is willing to start over with a 38-year-old starter who showed some signs of decline last season. Either way, it will be jarring to see Rivers in a new uniform.

Chargers move on from Rivers

Tyrod Taylor was the Chargers’ backup last season. He could be a viable option as a short-term starter if the Chargers draft a rookie and want him to sit, or can’t land a great option in free agency.

But Taylor isn’t an exciting option going into a new stadium in Los Angeles. The Chargers have the sixth pick, but that doesn’t guarantee them their preferred prospect in this draft class. They’ll have to explore all options, perhaps even including Tom Brady if he really leaves the Patriots.

Rivers’ shoes will be hard to fill, and the Chargers have a big challenge this offseason.

“After stepping back a bit from last season, we reconnected with Philip and his representatives to look at how 2019 played out, assess our future goals, evaluate the current state of the roster and see if there was a path forward that made sense for both parties,” Telesco said. “As we talked through various scenarios, it became apparent that it would be best for Philip and the Chargers to turn the page on what has truly been a remarkable run.

“We agreed that making this decision well before free agency would allow everyone to put themselves in the best position for success in 2020.

“I've said before that Philip can still compete at a top-starter level and, in a perfect world, number 17 is your quarterback forever. Obviously, we live in an imperfect world where the only constant is change. I think Philip's tremendous perspective, both when it comes to football and when it comes to life, helped lend clarity to a very complex situation.”