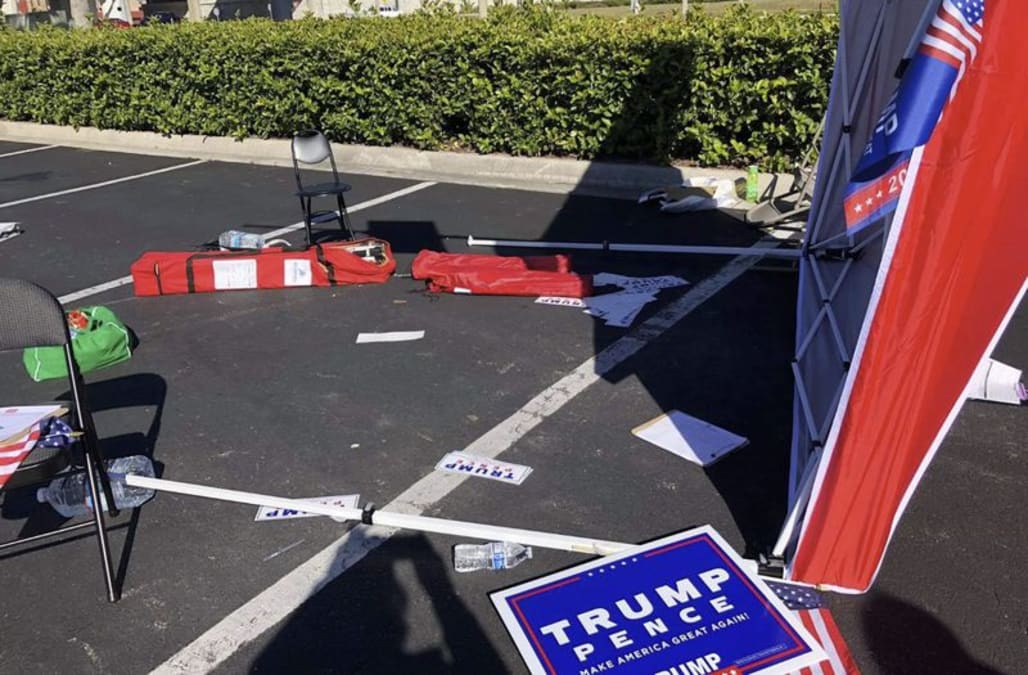 A Florida man plowed with his van into a voter-registration tent full of Trump supporters, scattering the volunteers before giving them the finger and speeding off, police in Jacksonville said.

The alleged assault happened around 2:45 p.m. when a multicolored brown and gold van “accelerated into a crowd of volunteers” at a Jacksonville shopping center, the GOP said.

“The victims reported that the suspect drove a van through the tent where they were working to register voters,” the Jacksonville Sheriff’s Office said in a statement. “The suspect was subsequently identified and arrested.”

Police arrested Gregory Timm, 27, and charged him with two counts of aggravated assault on a person 65 years of age or older, one count of criminal mischief, and driving with a suspended license.

The van appeared out of nowhere and approached the tent, witnesses said. Next thing they knew, the driver had barreled into the tent and table, then alighted from the van, filmed the aftermath on his phone, threw them the bird, and fled, WJAX-TV reported.

“Kind of out of the blue, a man approached us in a van, was waving at us, kind of a friendly demeanor, thought he was coming up to talk to us, instead he accelerated his vehicle and plowed right into our tent, our tables,” volunteer Mark Alfieri told WJAX. “After he ran over everything, he backed up, took out a cell phone, kind of recorded the damage, made some obscene gestures at us and then proceeded to leave the complex.”

Both Republicans and Democrats condemned the attack, though police were still investigating whether it was politically motivated.