Thai soldier kills at least 20 people, holes up in mall 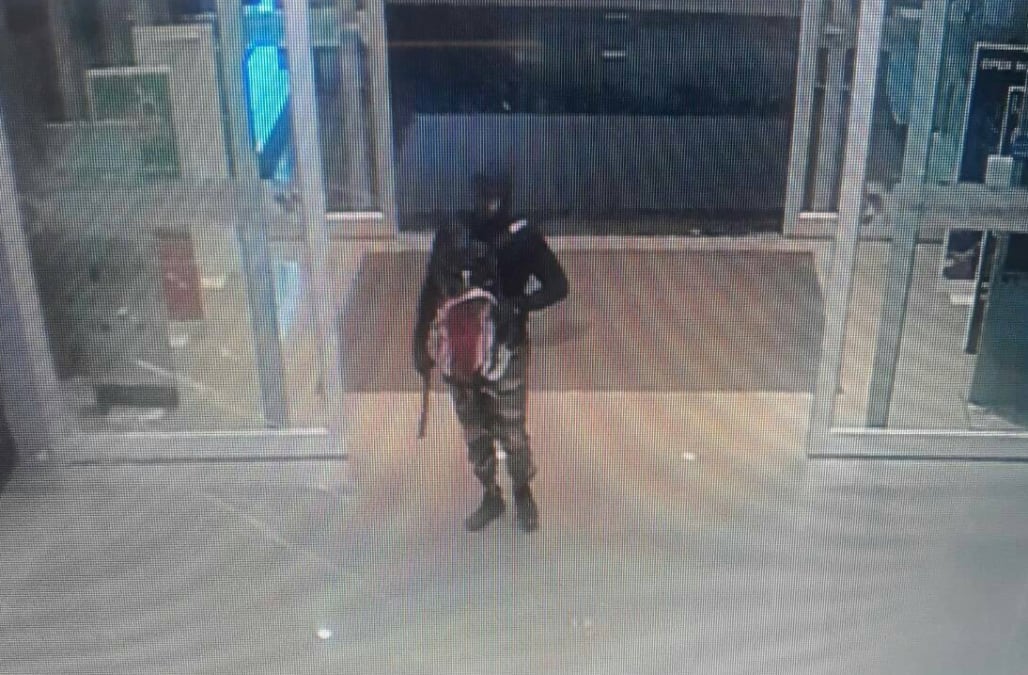 NAKHON RATCHASIMA, Thailand (AP) — A soldier who holed up in a popular shopping mall in northeastern Thailand shot multiple people on Saturday, killing at least 20 and injuring 31 others, officials said.

Police said they have secured the mall, and Public Health Minister Anutin Charnvirakul said there were no more bodies left inside. But he added, “we don't know whether there are any additional injuries or deaths or not.” He did not say whether the shooter had been found.

Anutin said a doctor was shot while helping an injured person.

The gunman, described by police as a soldier angry over a land dispute, appeared to be armed with an assault rifle, based on security camera video aired on Thai Rath television. Thai Rath said the incident began at about 3:30 p.m.

Shortly before midnight, police announced they had secured the entire mall in the city of Nakhon Ratchasima. They released photos of officers escorting people to the exits, but they gave no information about the gunman's whereabouts.

A police officer contacted by phone said the soldier initially shot dead another soldier and a woman and wounded a third person, apparently over a land dispute.

City and neighborhood police officers, who asked not to be identified because they were not authorized to release information, said the man took a gun from his base and drove to the Terminal 21 Korat mall, shooting along the way. Several Thai media reported that he traveled in a military vehicle.

The suspect posted updates to his Facebook page during the rampage with statements including "No one can escape death" and “Should I give up?" In a later post he wrote, “I have stopped already.”

His profile picture shows him in a mask and dressed in military-style fatigues and armed with a pistol. The background image is of a handgun and bullets.

In a photo circulated on social media that appeared to be taken from his Facebook page, the suspect can be seen wearing a green camouflaged military helmet while a fireball and black smoke rage behind him. The Facebook page was made inaccessible after the shooting began.

Video taken outside the mall and shared on social media showed people taking cover in a parking lot as gunshots were fired.

The mall was shut down and the street outside was closed while the authorities tried to find the gunman and rescue shoppers inside. The government asked broadcasters not to go live from the scene.

In the initial stages, people were unsure what was happening.

Nattaya Nganiem, who shot a video from outside the mall in which gunshots were heard, recounted what she experienced.

"We just left the mall after we had our meal. While we were in our car on the opposite side, we heard a loud sound and then we could see people starting to run out. First I saw a woman run out from the mall hysterically. Then a motorcycle rider in front of her just ran and left his motorcycle there.

“I thought, what's happening? Then we heard several gunshots. The motorcycle guy probably had seen the gunman from where he was. ... We couldn't see the gunman but we could hear the sound of the gun. It was terrifying. We were just inside having dinner and my child was getting unusually restless, that's why we left, otherwise, we would have been stuck inside there. I can't believe this is happening in my hometown. I mean, this shopping mall, we go there almost every other day. ”

Once she got home and learned what had happened, she fainted, she said.

Nakhon Ratchasima, also known as Korat, is about 250 kilometers (155 miles) northeast of the Thai capital, Bangkok. It is a hub for Thailand’s relatively poorer and rural northeastern region.

The size of the mall posed a challenge for security forces as they tried to capture the gunman. It consists of seven main retail floors, including one below ground level, and scores of shops and restaurants. It also houses a movie theater on the top floor.

Many malls in Thailand, including Terminal 21’s namesake in Bangkok, have metal detectors and security cameras at entrances manned by uniformed but unarmed security guards. Checks on those entering are often cursory at best.

Gun violence is not unheard of in Thailand. Firearms can be obtained legally, and many Thais own guns. Mass shootings are rare, though there are occasional gun battles in the far south of the country, where authorities have for years battled a long-running separatist insurgency.

The incident came just a month after another high-profile mall shooting, in the central Thai city of Lopburi. In that case, a masked gunman carrying a handgun with a silencer killed three people, including a 2-year-old boy, and wounded four others as he robbed a jewelry store. A suspect, a school director, was arrested less than two weeks later and reportedly confessed, saying he did not mean to shoot anyone.

More from Aol.com:
A passenger plane skidded off the runway and broke into pieces in Turkey
3 reluctant Holocaust heroes and their stories
Prince William, Duchess Kate mark 75th anniversary of Auschwitz liberation