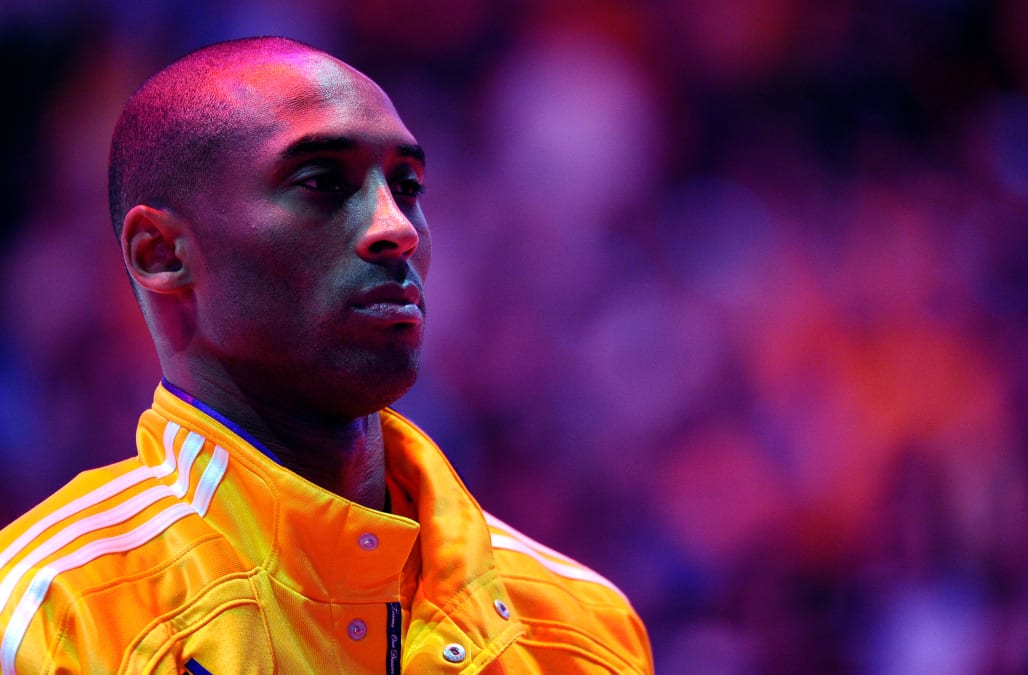 LOS ANGELES (AP) — A witness to the deadly crash of a helicopter carrying Kobe Bryant and eight others said it sounded normal just before slamming into a hillside and wreckage examined by experts at the scene showed no sign of engine failure, federal investigators said in a report released Friday.

The Jan. 26 crash occurred in cloudy conditions and aviation experts said the “investigative update” from the National Transportation Safety Board reinforces the notion the pilot became disoriented and crashed while trying to get to clear skies around Calabasas, northwest of Los Angeles.

The veteran pilot, Ara Zobayan, came agonizingly close to finding his way out of the clouds.

But rather than continuing higher Zobayan began a high-speed descent and left turn in rapidly rising terrain. He slammed into the hillside at more than 180 mph (290 kph) and was descending at 4,000 feet (1,219 meters) per minute.

"“If you exit the bottom of the clouds at 4000 feet per minute at that high speed, you’ve certainly lost control of the aircraft,” air safety consultant Kipp Lau said. He said Bryant’s chopper could have emerged from the clouds in just 12 more seconds, assuming it was ascending at 500 feet (152.40 meters) per minute.

“Once you break out of the clouds it’s clear. Everything lines up with the body,” Lau said. “Now you have a real horizon."

Mike Sagely, a helicopter pilot in the Los Angeles area with 35 years of flying experience, said the aircraft's last moments suggest Zobayan had started to execute a maneuver designed to pop above the clouds by flying up and forward.

“When he went into the clouds, he had a full on emergency," Sagely said.

When pilots try to turn instead of sticking with the pop-up maneuver, “probably in the neighborhood of 80 to 90% of the time, it’s catastrophic,” he said.

The crash occurred as the group was flying to a girls basketball tournament at Bryant's Mamba Sports Academy. He coached his 13-year-old daughter Gianna's team. She and two teammates were among the nine people killed.

The deaths shook Los Angeles and the sporting world. Within hours, thousands had gathered outside Staples Center, where Bryant starred for the Lakers, and began a makeshift memorial that became a massive display of flowers, candles, personal notes, basketballs and other mementos.

A public memorial for Bryant and the other victims is scheduled for Feb. 24 at Staples. The date 2/24 corresponds with the No. 24 jersey he wore and the No. 2 worn by Gianna.

The NTSB's report was a compilation of information and data about the flight, helicopter and pilot. It's likely to take a year for the NTSB to issue a report about the cause.

Related: Kobe Bryant and his family

Zobayan was a regular pilot for Bryant and the chief pilot for Island Express Helicopters, with more than 8,200 hours of flight time. He was certified to fly solely using instruments — a more difficult rating to attain that allows pilots to fly at night and through clouds when the ground isn't visible — and was a pilot to other celebrities including Los Angeles Clippers star Kawhi Leonard and Kylie Jenner.

During the flight with Bryant's group, Zobayan did not report any equipment problems and sounded calm while communicating to air traffic controllers. His final transmission said he was going to climb above the clouds. Eight seconds after reaching peak altitude, he started the fateful descent.

An unidentified witness told the NTSB the hillside where the crash occurred was shrouded in mist when he heard the helicopter approaching. It sounded normal and he then saw the blue-and-white aircraft emerge from the fog moving forward and down. Within 2 seconds it slammed into the hillside just below him.

Former Island Express pilot Kurt Deetz, who regularly flew Bryant to games at the Staples Center, said reading the NTSB's report reinforced how dangerously fast the helicopter was traveling in conditions that had prompted the Los Angeles Police Department and the county sheriff to ground their copters.

The impact tore the helicopter apart and all aboard died from blunt force trauma. The aircraft's instrument panel was destroyed and most of the devices were displaced. The flight controls were broken and suffered fire damage.

Investigators believe that since a tree branch at the crash site was cut, the engines were working and rotors turning at the time of impact. All four of the helicopter's blades had similar damage, the report stated.

The 50-year-old Zobayan's most recent flight review included training on inadvertently flying into bad weather conditions. It covered how to recover if the aircraft’s nose is pointed too far up or down, and what to do if the helicopter banks severely to one side. He earned satisfactory grades in the review, which took place in May 2019.

Deetz said Zobayan previously had told him that he did not have actual experience flying in clouds, despite being certified. Deetz said that isn't uncommon.

Bryant's helicopter did not have a device called the Terrain Awareness and Warning System, known as TAWS, that signals when an aircraft is in danger of hitting ground. The NTSB has recommended the system be mandatory for helicopters but the Federal Aviation Administration only requires it for air ambulances. U.S. Sen. Dianne Feinstein and Rep. Brad Sherman, both California Democrats, have called for the FAA to mandate the devices.

While NTSB Member Jennifer Homendy has said it's not clear if the warning system would have averted the crash, aviation expert Gary Robb said Friday's report highlights the need to equip all helicopters with the warning system.

"If this helicopter had had TAWS, Mr. Bryant and the rest of the passengers would be alive today," said Robb, a lawyer who has written a textbook about helicopter crash litigation.

The others killed included Orange Coast College baseball coach John Altobelli, his wife, Keri and daughter Alyssa; Bryant's friend and assistant coach, Christina Mauser; and Sarah Chester and her daughter Payton, 14. A public memorial for the Altobelli family will be held Monday at Angel Stadium in Anaheim.

More from Aol.com:
Parkland dad apologizes for State of the Union outburst
32-year-old U.S. citizen dies in border custody in Texas
Man dies in Tennessee after getting trapped in donation bin