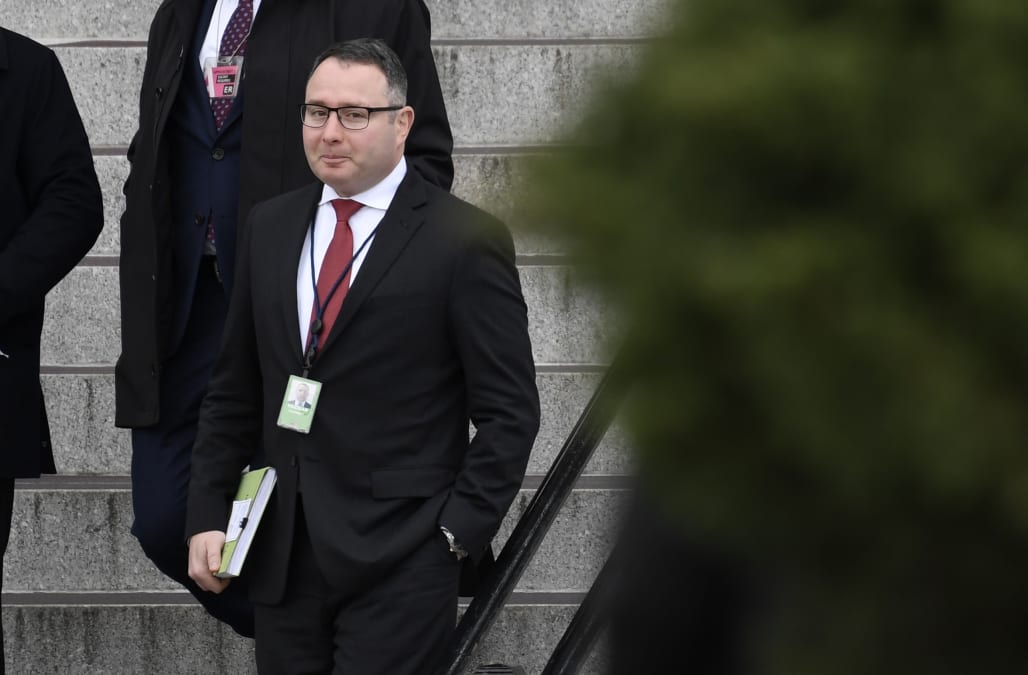 The White House is reportedly preparing to remove a national security official who testified about his knowledge of a July call with the Ukrainian president that set off the recently concluded impeachment trial of President Donald Trump, who, apparently emboldened by his acquittal, is beginning to punish those he perceives as enemies.

The White House will, likely on Friday, inform Lt. Col. Alexander Vindman, a decorated Army officer who served as the Ukraine expert on the National Security Council, that he will be moving into a role at the Pentagon effective immediately, The Washington Post reported, citing two people familiar with the move. Bloomberg also reported on the plan.

Vindman currently works in the White House, and his term on the NSC was set to end in July. He had already told senior officers that he planned to leave his posting early, The Washington Post reported, but Trump reportedly wanted to make him a target for his fury.

Vindman’s attorneys did not immediately reply to a request for comment.

Vindman was the first person to testify in the House’s impeachment hearings who had personally listened in on Trump’s July 25 call with the Ukrainian president, and he told lawmakers he repeatedly expressed concerns to his superiors that Trump’s behavior was inappropriate.

Trump’s allies moved to smear Vindman at the time, despite his extensive military career and résumé, but the officer said he acted out of a “sense of duty” rather than fear of retribution.

“Do not worry, I will be fine for telling the truth,” Vindman told his father during his remarks in November.

Despite hopes from some Republicans that Trump might have learned his “lesson” after being impeached, the president has signaled that he plans to continue to target his political opponents. He attacked House Speaker Nancy Pelosi (D-Calif.) as a “horrible person” on Thursday during what he called an acquittal “celebration.” He called the investigations into his actions “evil” and has all but assured that he plans to use the outcome to drum up support and fundraising going into his 2020 reelection campaign.

The Post noted Thursday that Trump’s ire may extend throughout the White House to other administration officials who spoke or testified during the impeachment inquiry. During the House impeachment hearings, dozens of current and former officials detailed the president’s demand that the leader of Ukraine announce that he was opening an investigation into a political rival, Joe Biden, and Biden’s son Hunter.

More from HuffPost US:
Lindsey Graham figures when he dies, God will be cool with him acquitting Trump
Hillary Clinton reacts to Trump's impeachment acquittal on 'Ellen'
Fox News hosts freak out over 'priggish' Mitt Romney's vote to convict Trump