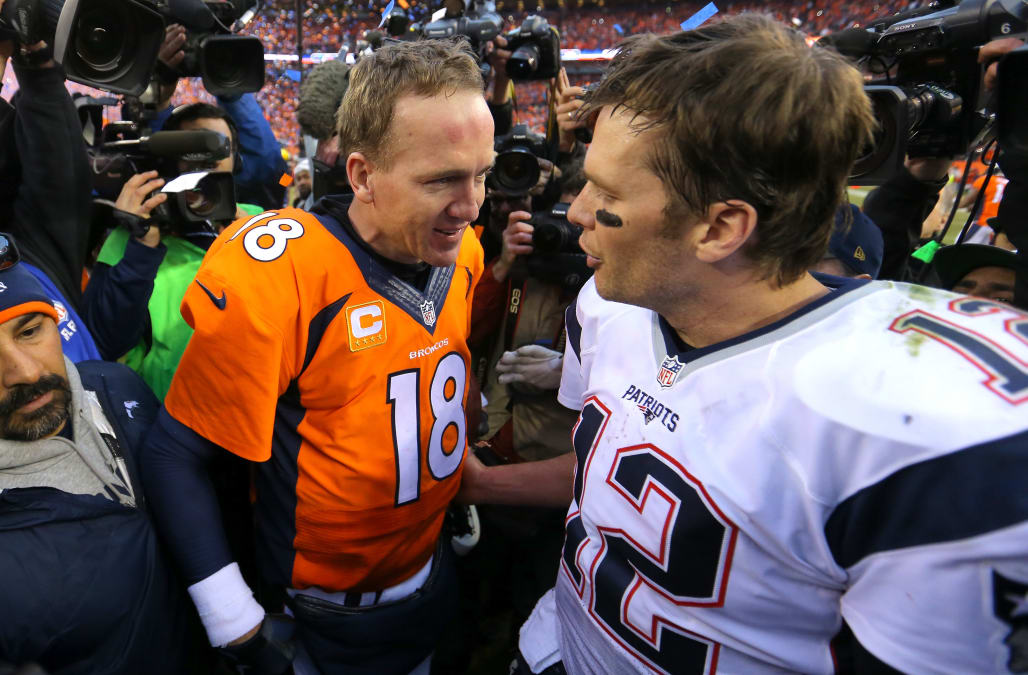 Even though Peyton Manning and Tom Brady no longer battle each other on the gridiron, the rivalry between these two legendary quarterbacks will never end. On Friday afternoon, Brady went on Twitter to poke fun at his former competitor’s golf skills.

Manning is competing in the Pebble Beach Pro-Am this week. While the five-time MVP is obviously known for his incredible skills as a quarterback, it appears he’s also quite the golfer.

A video of Manning nearly sinking a miraculous shot at the Pebble Beach Pro-Am has gone viral. There are some people jokingly saying that Brady would have made the shot.

RELATED: The most impressive NFL records held by Tom Brady:

Brady quickly responded to this joke, and in the process gave Manning a backhanded compliment.

“Not true,” Brady wrote on Twitter. “Peyton is the better golfer right now. He’s had much more practice these past few years.”

That’s quite a jab from Brady, who is clearly joking around with Manning here.

Not true. Peyton is the better golfer right now. He’s had much more practice these past few years. https://t.co/etoGOmd0c0

It’d be entertaining to see Brady and Manning compete in a golfing event at some point in the future.

Once Brady finally retires – whenever that actually happens – he’ll have the chance to work on his golfing skills. For now though, the six-time Super Bowl champion has to figure out where he’ll play football next season.