Student-teacher dismissed over Black History Month assignment: ‘This was an unfortunate situation’ 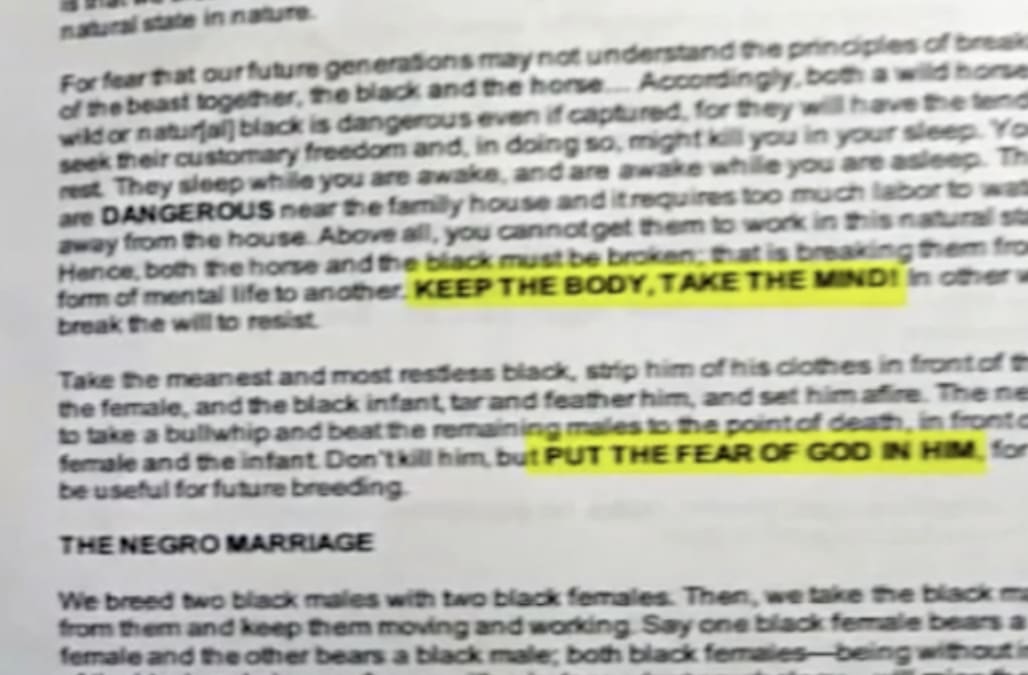 A student-teacher in Tennesee has been let go from her role after giving a class of fourth-graders an assignment that upset several parents.

The task, which was part of a Black History Month lesson plan, was given to students at Waverly Belmont Elementary School in Nashville, Tenn., NBC News reported. The student-teacher, who remains unnamed, was a Black female student at Vanderbilt University.

Titled "Let’s Make A Slave," the assignment was based on an infamous 1712 speech by William Lynch, a slave owner, WZTV reported. In his speech, Lynch tells his purported audience that he’s found the "secret" to controlling African slaves.

Among others, students were asked, "to keep their slaves subservient, plantation owners should," with a blank space left for their answer. The class’s full-time teacher was reportedly present in the room throughout the assignment.

Nashville Metro Public Schools issued a statement earlier this week announcing that the student-teacher would not be returning. Additionally, the organization stated that the class’s primary teacher has been placed on administrative leave while they investigate things further.

"A student-teacher was dismissed and asked not to return to Waverly-Belmont as a result of teaching material that was not age-appropriate or within the scope of sequence for the 4th-grade class," the district wrote. "Metro Schools regrets if any students or parents were caused pain as a result of this incident."

Vanderbilt University released its own statement on the issue, calling the assignment "an unfortunate situation." Meanwhile, several parents have spoken out about the incident, sharing their frustration.

One parent, Karen Lockert, whose son is Black and received the assignment, told NBC News that the exercise forced him to question if his white peers viewed him differently.

Another parent told WZTV that they believed it was "horrible and wrong to teach this kind of stuff to fourth-graders."