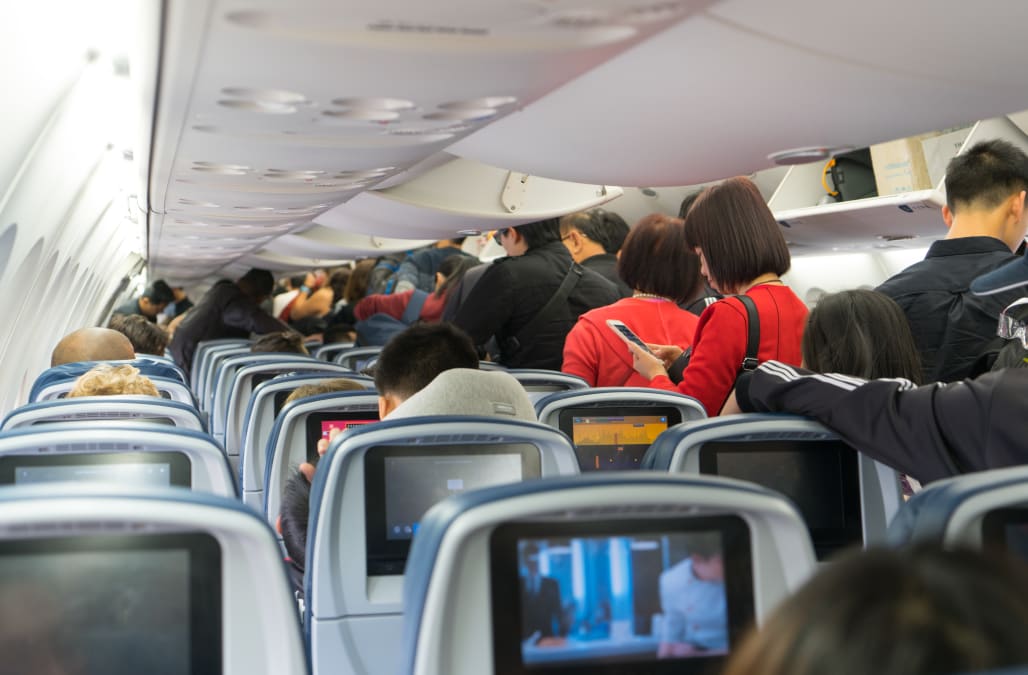 A video shared on the popular Instagram account, PassengerShaming, has gotten some heated reactions as commenters seemed angry and baffled by a passenger's sleeping position.

In the clip, which has been viewed over 286,000 times, the unidentified person is seen sleeping across two seats with their bare feet propped up against the plane's windows.

As many comments point out in utter disbelief, the scene appears to have been recorded in first class.

"Why is there not an airline RULE: 'NO BARE FEET,'" one person responded.

"This is shameful," replied someone else. "Like how does someone do that... in PUBLIC."

"No class whatsoever in first class," said a third user.

While the majority of commenters seem angry, the man in the video sitting behind the passenger is seen laughing and even filming the setup on his own phone. Other commenters insisted that because the person paid for a first-class ticket, they should feel free to sit and do whatever they want.

"She paid for the seat," someone wrote. "She can do what she likes not hurting anyone and probably exhausted."

This has not been the first time that a PassengerShaming post has ignited the internet. Last week, a passenger was recorded peeling dry skin off the sole of their foot in the aisle of an aircraft.