Lindsey Graham figures when he dies, God will be cool with him acquitting Trump 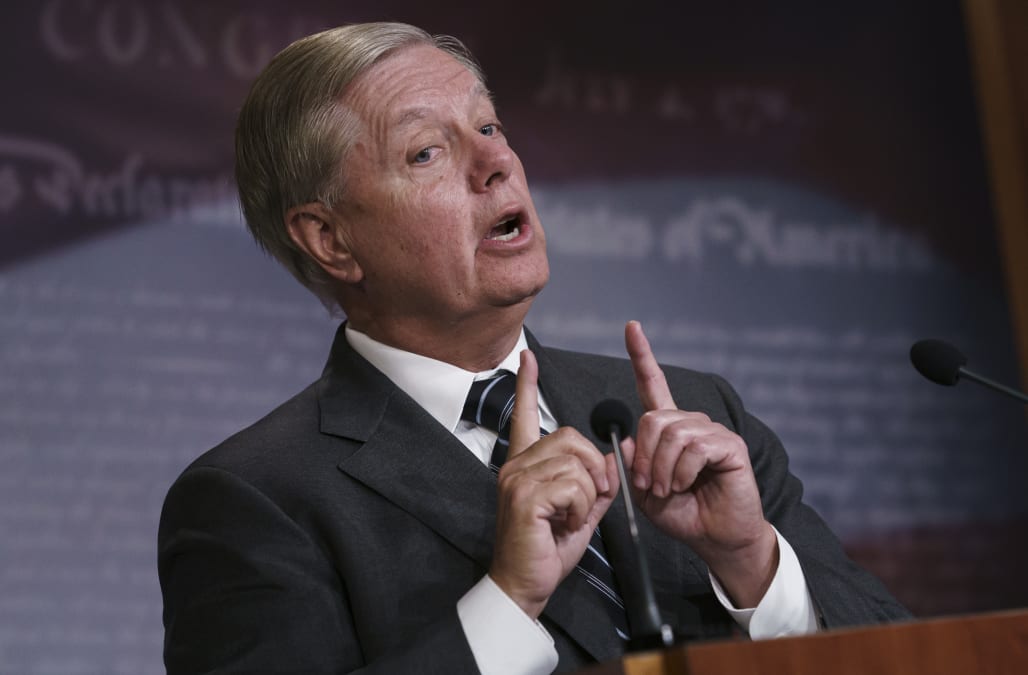 Sen. Lindsey Graham (R-S.C.) doesn’t think he’ll be judged for his decision to acquit President Donald Trump when he meets his maker.

After the Senate voted to acquit the president on charges of abuse of power and obstruction of Congress in his impeachment trial Wednesday, the senator mocked the one Republican colleague who voted against the president, Sen. Mitt Romney (R-Utah), on Fox News radio.

Graham called in to “The Brian Kilmeade Show” on Thursday and responded to a religious component in Romney’s speech. The Utah senator had said that he was abiding by his oath to God when he made his “difficult decision” to break from his party and vote guilty.

Graham said that, although he “always liked” Romney, he personally felt that voting to acquit Trump was the “easiest decision I’ve ever had to make.”

“All I can tell you is that God gave us free will and common sense. I used the common sense God gave me to understand this was a bunch of BS,” Graham said.

“They hate Trump, they were going to impeach him the day he got elected and if you can’t see through this, your religion is clouding your thinking here,” he said.

“When I go to meet God at the pearly gates, I don’t think he’s going to ask me, ‘Why didn’t you convict Trump?’ I may be wrong, but I don’t think that’s going to be at the top of the list,” Graham said.

Romney has faced fierce rebukes from Republicans since his vote Friday to call witnesses to testify in the Senate trial and his vote Wednesday to convict the president on the abuse of power charge. He was publicly told he would not be welcome at this year’s Conservative Political Action Conference and was the subject of a hashtag calling for his expulsion from the GOP, pushed by Donald Trump Jr.

In an interview with The Atlantic before his Senate floor announcement, Romney had acknowledged he knew his decision could leave him as a pariah on the right.