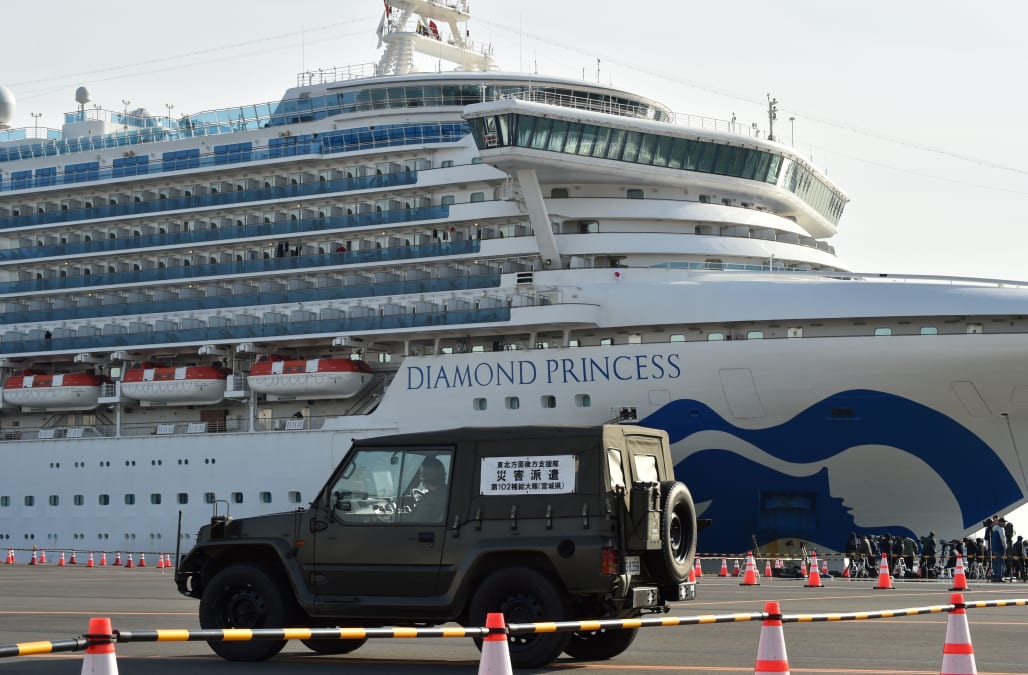 • Global death toll rises to at least 638 as confirmed cases reach more than 31,000 in mainland China

• 8 Americans diagnosed with virus on cruise ship quarantined in Japan

Death of doctor who raised alarm to be investigated

A Chinese Communist party commission says it has sent investigators to Wuhan following the death of Dr. Li Wenliang, the doctor who had been punished by police for blowing the whistle on the outbreak.

Li died of coronavirus Friday local time, the hospital confirmed. The ophthalmologist had tried to warn his colleagues about the deadly new respiratory virus in online chat forums. He was then reportedly reprimanded for "posting false information on the Internet," in the early days of the outbreak

The Central Commission for Discipline Inspection sent a team to Wuhan, the epicenter of the outbreak. The team will "conduct comprehensive investigation on the issues reported by the public involving Dr. Li Wenliang," it said.

On Friday, the Global Times, a Communist Party newspaper and usual staunch defender of the authorities, reported that “many said the experience of the eight 'whistleblowers' was evidence of local authorities' incompetence to tackle a contagious and deadly virus." — Dawn Liu, Phil Helsel and The Associated Press

Eleven Americans are among the 61 people from a quarantined cruise ship off Japan who have been confirmed to have the coronavirus, the cruise line said.

Princess Cruises, which owns the quarantined Diamond Princess, said that of 41 newly confirmed cases, eight are Americans. Earlier this week, 20 other people from the ship had tested positive for the virus, and of those three are from the U.S. Overall, more than 20 of the 61 cases involve Japanese residents. Australians and Canadians are also among those who have tested positive.

The Diamond Princess is quarantined at Yokohama after a passenger who later tested positive for novel coronavirus after getting off in Hong Kong was on the ship late last month. There are around 3,700 passengers and crew aboard, and all are being quarantined.

Princess Cruises says on its website that there could be new developments, but currently the quarantine period is expected to last until Feb. 19. — Arata Yamamoto and Phil Helsel

Two chartered flights with around 300 passengers aboard have left the Chinese city of Wuhan amid a novel coronavirus outbreak centered there, U.S. officials said.

U.S. Northern Command said the two State Department chartered evacuation flights carried around 300 passenger bound for military bases in Southern California and Nebraska, where they will be quarantined for 14 days.

One of the flights will land at Travis Air Force Base in California for refueling before continuing to Omaha. The other will go to Marine Corps Air Station Miramar in San Diego, Northern Command said. The quarantines will be managed by the Centers for Disease Control and Prevention.

It’s the second round of flights from Wuhan to the U.S. this week.

A total of 540 American citizens and family members have already been evacuated and are under federal quarantine on three military bases in California: March Air Reserve Base, the Marine Corps Air Station Miramar and Travis Air Force Base. — Abigail Williams

Seventy-three new deaths from novel coronavirus were reported in mainland China as of Friday, bringing the total deaths there to 638, according to numbers from China’s national health commission. That's up from 563 deaths on the mainland previously reported.

Novel coronavirus, also known as 2019-nCoV, has been confirmed in more than 31,000 people in mainland China, the commission said. Two people confirmed to have the virus have died elsewhere, one in the Philippines and one in Hong Kong.

Almost all of the new deaths — 69 — occurred in Hubei province, which is where the Chinese city of Wuhan is located.

China's national health commission said of the confirmed cases on the mainland, nearly 29,000 are "currently confirmed." Some people who had been confirmed have been treated and released.

There are 12 confirmed cases in the United States, but there have been no deaths. A second U.S. citizen in Wuhan has been confirmed to have novel coronavirus, and both are being treated at a local hospital there, a U.S. official said Thursday. — Eric Baculinao and Phil Helsel