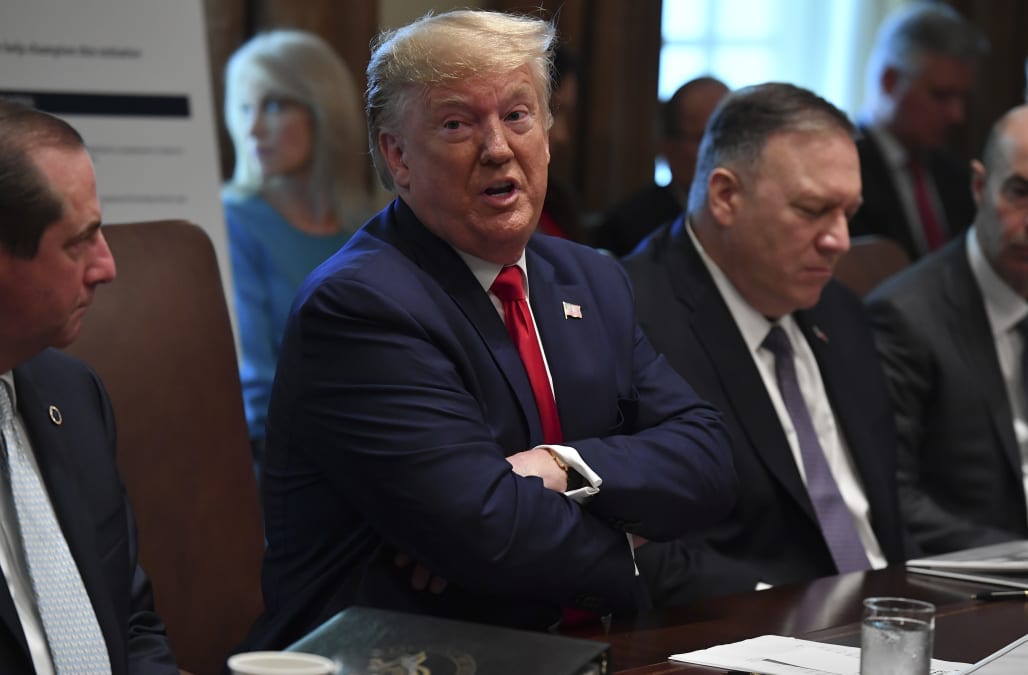 A new survey revealed that Education Secretary Betsy DeVos is the most unpopular Trump administration official.

The poll — conducted online, with responses from 1,008 registered voters between Dec. 11-15, 2019 and shared exclusively with Yahoo Finance — was conducted by Global Strategy Group, a Democratic polling company, on behalf of Allied Progress, a liberal consumer advocacy group.

The poll reflected prevailing Democratic attitudes towards DeVos, in particular. Presidential hopefuls and Senators Bernie Sanders (I-NH) and Elizabeth Warren (D-MA) have called her the “worst Education Secretary in our modern history” and the “worst Secretary of Education we’ve seen,” respectively.

Separate polls by HuffPost/YouGov in 2017 and by The Economist/YouGov in 2018 also found that DeVos is the most disapproved official in the Trump administration.

‘Why has every decision you’ve made harmed students’?

Recently during a congressional hearing on the borrower defense rule, Democrats also tore into the Secretary over her reluctance to grant full debt relief to victims defrauded by predatory for-profit colleges that had shuttered. She cited her concern that full discharge placed an unfair burden on taxpayers.

One lawmaker took exceptional offense. “I have worked in education my entire life. … I’ve worked with Democrats and Republicans. … I’ve had some honest disagreements with my friends in the Republican Party about how to move education forward,” Rep. Frederica Wilson (D-FL) said to DeVos. “But I’ve never, not one time, believed that they were out to destroy public education, until I met you. Why has every decision you’ve made harmed students instead of empowering them?”

Unpopularity due to DeVos’ policies

The key reason for DeVos’ unpopularity stems from her policy decisions, the survey found.

“We found the public is especially skeptical of Secretary DeVos, for good reason,” Allied Progress Director Derek Martin told Yahoo Finance in a statement. “What motivated DeVos’ decisions to disregard the law in order to deny debt relief to defrauded borrowers and disabled veterans? Americans want to know, and it’s Congress’ duty to find out.”

Respondents to the poll noted that they were especially disturbed by DeVos “withholding” student loan forgiveness from severely disabled veterans — President Donald Trump signed an executive order in August to grant these veterans automatic relief, but after an initial rollout, the program was halted again, and will now resume on July 1 — as well as awarding a debt collection contract to a company she previously had financial connections with and her reluctance to grant debt relief for defrauded borrowers.

Earlier this month, House Oversight Chairwoman Carolyn Maloney threatened DeVos with a subpoena, alleging that DeVos’ office had “stonewalled and delayed” when the committee tried “multiple times” to confirm a date for her to appear for a hearing. A tentative date of Mar. 3 has been set.

Aarthi is a reporter for Yahoo Finance. She can be reached at aarthi@yahoofinance.com. Follow her on Twitter @aarthiswami.