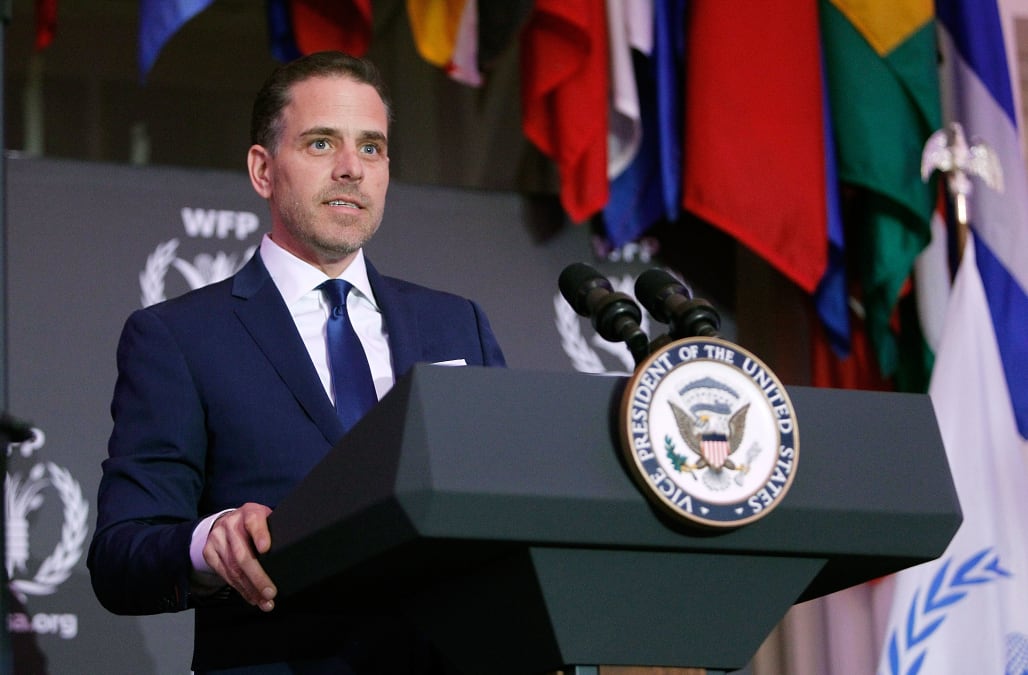 The U.S. Treasury Department has complied with Republican Senators’ requests for highly sensitive and closely-held financial records about Hunter Biden and his associates and turned over “‘evidence’ of questionable origin” to them, according to a leading Democrat on one of the committees conducting the investigation.

For months, while the impeachment controversy raged, powerful committee chairmen in the Republican-controlled Senate have been quietly but openly pursuing an inquiry into Hunter Biden’s business affairs and Ukrainian officials’ alleged interventions in the 2016 election, the same matters President Trump and his personal lawyer Rudy Giuliani unsuccessfully tried to coerce Ukraine’s government to investigate.

Grassley and Johnson have sought to obtain some of the most sensitive and closely held documents in all of federal law enforcement--highly confidential suspicious activity reports (SARs) filed by financial institutions with FinCEN, an agency of the Treasury that helps to police money laundering.

The senators’ requests to the Treasury have borne fruit, according to the ranking Democratic Senator on the Senate Finance Committee, Ron Wyden, who contrasted the cooperation given to the Republican Senators with the pervasive White House-directed stonewall House Democrats encountered when they subpoenaed documents and witnesses in the impeachment inquiry.

The ‘rapid’ production of sensitive financial information from the Treasury Department in response to Congressional requests is apparently uncommon. A source familiar with the matter said that the Treasury began turning over materials less than two months after Grassley and Johnson wrote to FinCEN on Nov. 15, 2019 requesting any SARs and related documents filed by financial institutions regarding Hunter Biden, his associates, their businesses and clients.

Just a couple weeks later, Senator Wyden and Sen. Sherrod Brown complained to FinCEN in a letter that “information requests from Congress, including legitimate Committee oversight requests related to Suspicious Activity Reports (SARs), often take months to process, and we understand that certain such requests have yet to be answered at all.”

“Senator Wyden’s warning was spurred by concern that the agency would prioritize Republican requests over Democratic requests,” Schapitl said of the December letter to FinCEN. “Treasury’s subsequent actions have made his concerns even more urgent.”

With the Senate impeachment trial concluded and the Democratic primaries in full swing, the efforts of the Republican-led investigation may soon appear at the center of the political stage. The flow of information from the administration to Senate Republicans has prompted concerns among Democrats that any damaging information uncovered may be deployed at a time of maximum political advantage for the Trump campaign.

“Republicans are turning the Senate into an arm of the president’s political campaign, pursuing an investigation designed to further President Trump’s favorite conspiracy theory that Ukraine interfered in the 2016 election and smear Vice President Biden,” Schapitl said. The Biden presidential campaign did not immediately respond to a request for comment.

A series of letters and public statements shows that the senators have been pursuing since last autumn a wide-ranging joint inquiry into Hunter Biden’s business affairs in Ukraine at the time his father, Vice President Joe Biden, was leading the Obama administration’s Ukraine policy and into the activities of Ukrainian officials and a Ukrainian-American Democratic political operative during the 2016 election.

Aside from the statement from Wyden’s office, there has been scant information about what investigators have uncovered, if anything. Wyden’s statement stopped short of saying whether the “evidence of questionable origin” produced in compliance with the Senators’ request included SARs.

The Bank Secrecy Act of 1970 mandates that banks generate SARs to report to FinCEN any transactions that they know or have reason to suspect violate federal criminal laws or are connected to money laundering. SARs are among the most confidential, closely held documents in federal law enforcement. They are forbidden to be disclosed or have their existence disclosed by banks or government authorities, exempt from Freedom of Information Act, and privileged in most cases from discovery by civil litigants.

Because SARs may be, and indeed are required to be, filed simply on the basis of a reasonable suspicion of illegal activity, the existence of a SAR doesn’t indicate that illegal activity has actually occurred.

The National Archives and Records Administration said that it had not produced any records to the Senate yet, but that a review of the request by the White House and the office of President Obama is ongoing. “NARA has been in regular contact with committee staff,” a spokesperson said in a statement.

The Secret Service, which only received its request from the Republican investigators after the acquittal vote on Wednesday, could not be immediately reached for comment.

From their letters, it’s clear that the senators’ inquiry into the Bidens deals with the same subject matter that Trump and Giuliani’s pressure campaign sought to place under scrutiny. Their interest in suspected Ukrainian influences on the 2016 election, however, has a different point of emphasis.

Instead of the debunked Crowdstrike conspiracy theory that Trump alluded to on his call with Ukraine’s President Vladimir Zelensky or similar unsubstantiated theories that posit Ukraine was somehow behind the hacking of the Democratic National Committee, the senators have focused on a controversial January 2017 Politico article that alleged Ukrainian interference in the 2016 president election to help Hillary Clinton defeat Trump.

The article relied heavily on the allegations of Andrii Telizhenko, then a diplomat in the Ukrainian embassy in Washington, D.C, who said he was asked by Alexandra Chalupa, a Democratic Party consultant, to get dirt on Paul Manafort, who was then the campaign manager for Trump. Telizhenko has since cast himself as a central figure in Giuliani’s Ukraine investigations.

The Politico article has been seized by Trump’s defenders as evidence that there was Ukrainian interference in the U.S. presidential election similar to the Kremlin-directed influence campaign.

“Whether there’s a connection between Democratic operatives and Ukrainian officials during the 2016 election has yet to be determined,” Sen. Graham said in a December statement. “It will only be found by looking. We intend to look.”

National security officials who served in the Trump administration have rejected the notion that Ukrainian efforts against Trump were coordinated or could be reasonably be likened to Russia’s systematic election interference campaign, which intelligence agencies have assessed was led by Vladimir Putin himself.

“It is a fiction that the Ukrainian Government was launching an effort to upend our election, upend our election to mess with our Democratic systems,” Fiona Hill, a former National Security Council official in Trump’s White House, testified at her House deposition.

Yet throughout the fall and early winter, Republican senators peppered executive branch officials with request letters on both the Bidens and the Ukraine interference theory that Hill had implored Congress to avoid.

Grassley and Johnson courted controversy with a letter to the Department of Justice seeking to obtain a broad swath of information that Chalupa, the Democratic Party consultant, who says she voluntarily provided private personal information to the FBI in 2016 when she felt harassed by Russian hacking.

in a January response letter to the Justice Department, Wyden calling the request “outrageous.”

“To use [Chalupa’s] voluntary cooperation in order to weaponize her personal information against her in furtherance of a political attack based on unsupported claims and potential Russian propaganda would compromise public trust in our law enforcement, undermine Americans’ rights, and damage our national security interests,” he wrote.