The flu has killed 10,000 Americans as the world worries over coronavirus 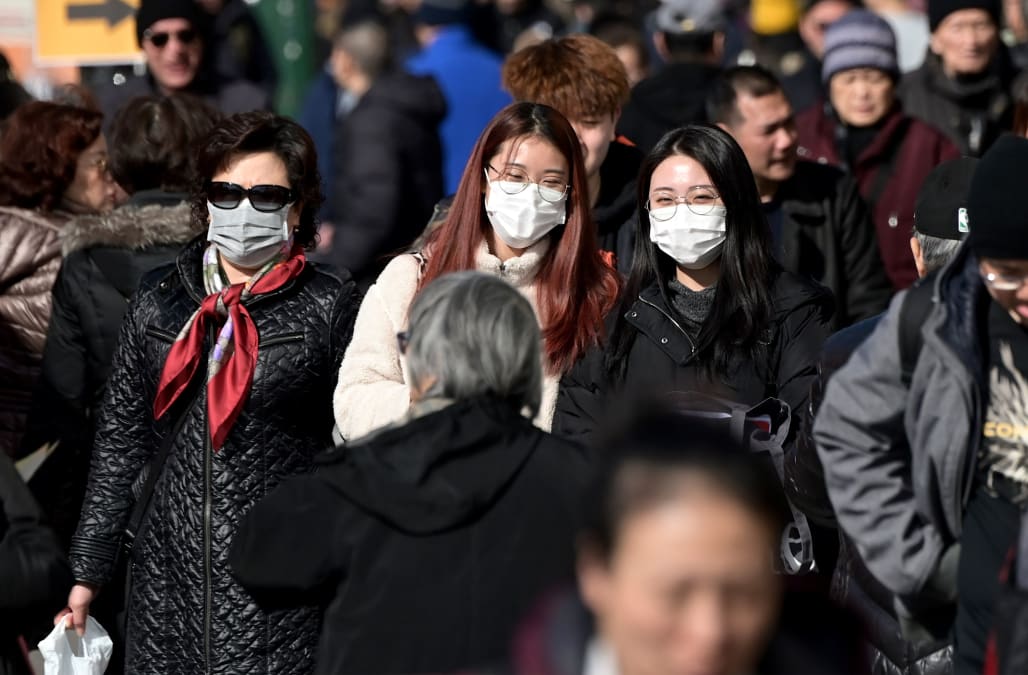 Whether you’re watching TV or reading the news, you’d be hard-pressed to avoid a story about coronavirus. And it’s no wonder, since the outbreak — which now affects more than 27 countries outside of China, where the Wuhan coronavirus originated — has been declared a global health emergency by the World Health Organization (WHO).

But there’s another major health threat that seems to be getting lost in the fray: the flu. An estimated 19 million Americans have been infected with the flu so far this season, and 180,000 of them have been hospitalized because of the illness, according to the Centers for Disease Control and Prevention (CDC). The flu virus has already killed an estimated 10,000 people across the U.S., including 68 children, according to the CDC. In fact, the 2019-2020 flu season is shaping up to be one of the worst in years.

In contrast, the Wuhan coronavirus has infected more than 28,000 people and killed 565, according to data gathered by Johns Hopkins University.

However, “flu is by far the thing we should be worried about because it’s the thing we’re more likely to encounter,” Gonsenhauser says. “If you’re a child, elderly, frail, or have COPD or heart failure, your risk of mortality is actually pretty high with the flu. Your risk of coronavirus — it’s 12 cases in the U.S. — you’re pretty unlikely to come into contact with them.”

One of the reasons why coronavirus is garnering much more attention than the flu has to do with how we process language — and in particular, medical terminology, Gonsenhauser explains. “We throw around the word pandemic — that terrifies people,” he says, noting the word can bring up the terrible pandemics from history, such as the bubonic plague and smallpox. “But really all we mean by that word is something that’s spreading across a large geographic area in a short amount of time. But it doesn't necessarily indicate the virulence and deadliness of it. I think people think it’s like the movie Outbreak.”

Influenza pandemics have been reported for 500 years, so unlike the flu, there’s also the novelty factor with coronavirus since it’s just that — something new. “We’ve seen coronavirus before, but this is a new version,” Gonsenhauser says. “So any time there’s something new people automatically go to Ebola and the zombie apocalypse, thinking that it’s untreatable and deadly. That’s not what we’re seeing. It’s certainly spreading more rapidly than SARS did, but it’s not more dangerous than other viral strains.”

Another factor that may be contributing to the fear surrounding coronavirus is that it shares similar symptoms with the flu — fever, cough, shortness of breath — making it harder to tell what the disease the person coughing next to you on the train has. “The symptoms definitely overlap,” says Gonsenhauser. “One of the reasons that drives some of the panic is that this is happening during flu season. But if this were happening in the middle of summer when people weren't getting colds and flu, it would be a lot more clear when people are coming back with symptoms we should be concerned about.”

In the meantime, Gonsenhauser says we should be hammering home the importance of getting the influenza vaccine and good hand hygiene. Even though we are well into flu season, he says, “It’s never too late to get a flu shot. Get one.”

Also, practice good hand hygiene: Wash your hands with soap and warm or cold water for 20 seconds frequently throughout the day, and avoid touching your eyes, nose and mouth. Gonsenhauser explains that the primary mode of transmission for viruses like the flu and coronavirus is person-to-person and through body fluids, such as saliva and mucus. “You think about the number of people who wipe their nose on the back of their hand and then touch a doorknob or escalator handle, and then you touch it moments later,” he says. “[Viruses] can live long enough to transmit that way.”

He adds: “If people were as concerned about influenza as they were about coronavirus we could potentially really create a much lower propensity for flu virus to spread in the U.S.”

More from Yahoo News:
Polls show Biden's campaign could be hitting the wall
Sanders declares victory in Iowa, calls counting problems 'an outrage'
Pelosi calls the speech by Trump she tore up a 'manifesto of mistruths'