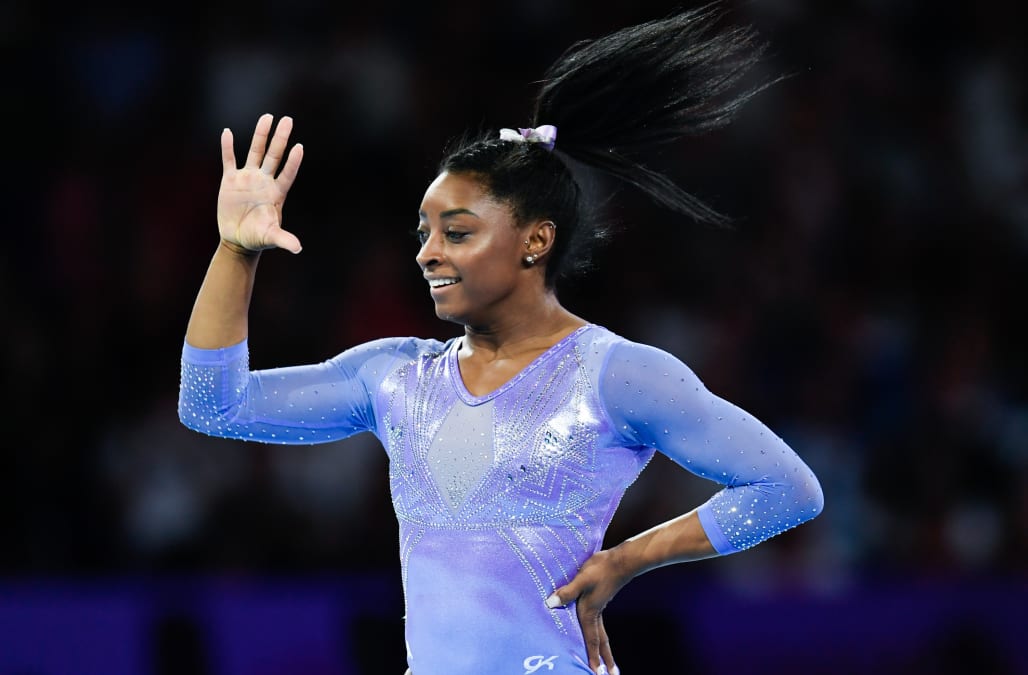 Simone Biles has long been in a league of her own, but it looks like she'll be pulling out all the stops for the 2020 Olympics in Tokyo.

The 22-year-old, who won four gold medals and a bronze at the 2016 Olympics in Rio de Janeiro, posted a video of herself that indicates that she's ready not only to once again dominate the competition but to do so in unprecedented fashion.

The clip — which Biles posted on her Twitter with the caption "2020 👀👀👀?" — shows Biles completing a Yurchenko double pike vault before tumbling into a foam pit.

When the clip is slowed down, it's easier to grasp the magnitude of the feat.

The impressive move — named in part for Russian gymnast Natalia Yurchenko — involves a roundoff into the springboard, a back handspring onto the vault, and a piked double backflip on the dismount. According to Blythe Lawrence of Rocker Gymnastics, a Yurchenko double-flipping vault has never even been attempted before by a woman in international competition.

And from the looks of it, Biles could take the move to solid ground whenever she wants — her feet were the first part of her body to contact the foam pit after two full rotations in the air.

Fans will get a better taste of what Biles is bringing to the mats this time around when she competes at the US Olympic Team Trials in St. Louis June 25-28. Until then, we'll have to settle for more jaw-dropping videos posted to social media.