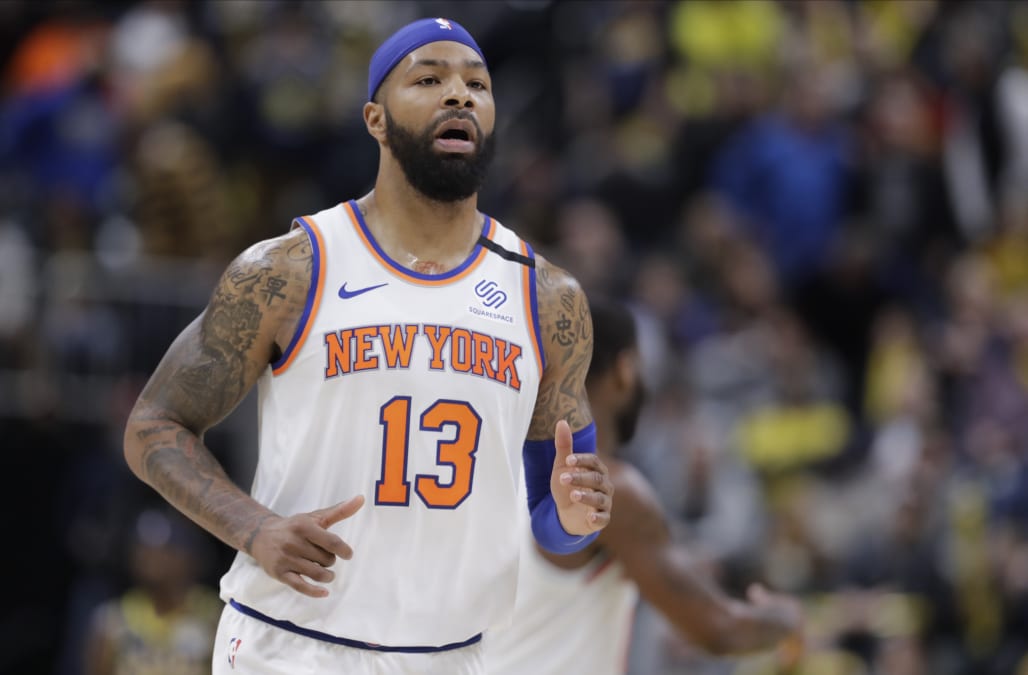 The New York Knicks have agreed to a deal to send forward Marcus Morris to the Los Angeles Clippers for forward Moe Harkless and other assets, The Athletic’s Shams Charania reports.

Knicks are finalizing a deal to send Marcus Morris to the Clippers for Moe Harkless and other assets, league sources tell @TheAthleticNBA@Stadium. Sides still working on exact additional players/picks.

ESPN’s Adrian Wojnarowski reports that the Washington Wizards are involved in the deal as well and will send point guard Isaiah Thomas to the Clippers. The Clippers will send shooting guard Jerome Robinson to the Wizards, while the Knicks will receive a 2020 first-round pick in addition to Harkless.

Robinson was the No. 13 pick in the NBA draft, but has had trouble finding playing time on a loaded Clippers roster.

It’s not clear whose first-round pick the Knicks are receiving.

The Clippers, Knicks and Wizards have agreed to a three-team trade that will land Marcus Morris and Isaiah Thomas with the Clippers, league sources tell ESPN. Jerome Robinson will join the Wizards, Moe Harkless and a 2020 first-round pick to the Knicks.

What Morris brings to the Clippers

The Clippers acquire a veteran forward who can stretch the floor and hit 3-pointers while ending Morris’s short stint in New York after signing with the Knicks in the offseason. Morris, 30, started 43 games for the Knicks this season, averaging a career-high 19.6 points along with 5.4 rebounds and 1.4 assists per game.

He’s also shooting a career-best 43.9 percent from 3-point distance while hitting 2.7 attempts per game. The Clippers sit in second place in the West at 36-15, three games behind the Los Angeles Lakers as both teams have their sights set on winning an NBA championship.

Morris will see a reduced role with the Clippers, moving from a focal point of the Knicks offense to sharing the ball with Kawhi Leonard, Paul George and Lou Williams.

In return, the Knicks receive a 26-year-old forward in Harkless who could be transitioning to the biggest role of his career on a Knicks roster with a dearth of talent. Harkless started 38 of the 50 games he played for the Clippers this season, but played a supporting role, averaging 5.5 points, four rebounds, one assist and one steal in 22.8 minutes per game.

Harkless is on the final season of a four-year, $42 million deal he originally signed with the Portland Trail Blazers. Morris signed a one-year, $15 million deal with the Knicks last offseason after spurning the San Antonio Spurs.