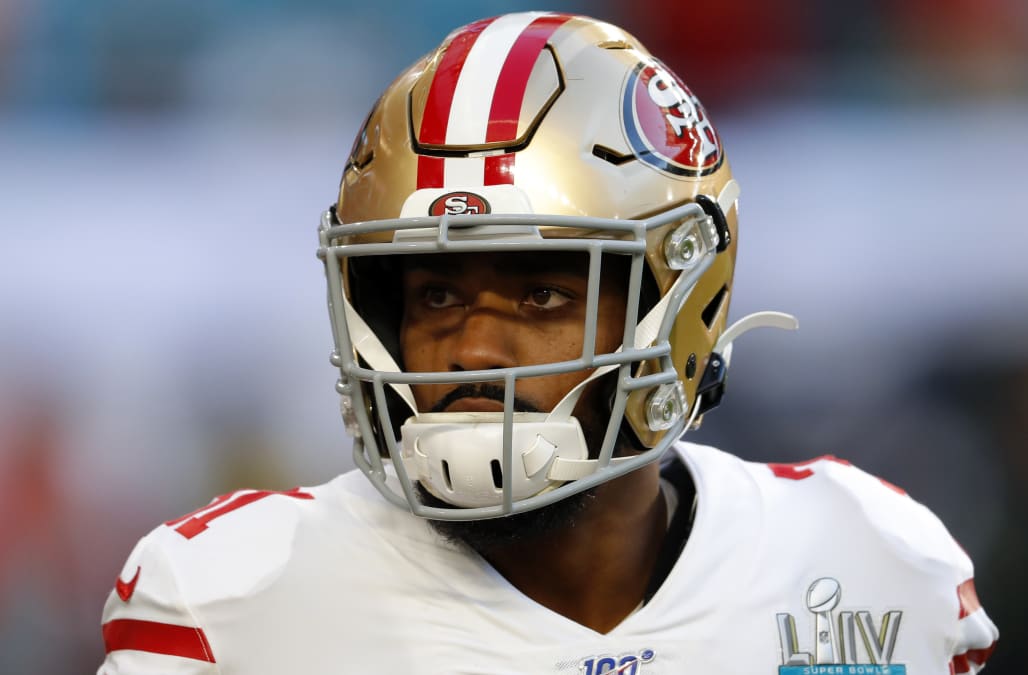 Damien Williams had himself a Super Bowl.

And now he’s getting his jersey back.

The sporadically used running back exploded on the San Francisco 49ers on Sunday for 133 yards from scrimmage and two touchdowns, including the go-ahead score in the fourth quarter that put the Kansas City Chiefs up for good.

He was the Chiefs’ feature back in the biggest game of the season and had some calling his name for the Super Bowl MVP award that instead went to quarterback Patrick Mahomes.

Williams gives up his jersey

After the game, he swapped jerseys with 49ers running back Raheem Mostert, carrying on the tradition that’s filtered into the NFL and NBA from the soccer world.

It was a kind gesture from both players in the emotional immediate aftermath of the highest-stakes contest in American sports.

Chiefs RB Damien Williams immediately chased down 49ers RB Raheem Mostert after Super Bowl 54, shared some emotional words and swapped jerseys. Then he went out and finally celebrated with his team. So much class. pic.twitter.com/GsiNqYm10I

It was also a bad swap for Williams. He exchanged a memento he would surely cherish for life for the jersey of a player who just ran for 58 yards and lost a game.

No shade to Mostert, who had a breakout run of his own during the playoffs. But Williams’ jersey clearly carries more meaning and value, especially for Williams.

It’s a conclusion Mostert apparently reached on his own in the days following the big game. Mostert tweeted a photo of Williams’ jersey on Wednesday with a gesture to return the memento to its original owner.

Contemplated putting this on eBay 😂 but this belongs to YOU and yours! You did your thing. Hand this down for generations! PROUD OF YOU BRO! Much love. #undraftedRBs@TooLoose26pic.twitter.com/RL4oIgtQhr

It’s a truly classy move and another sign of respect and brotherhood among the running backs who have made names for themselves after being neglected in the NFL draft.