Pelosi unleashes on Trump: 'I shredded his state of his mind address' 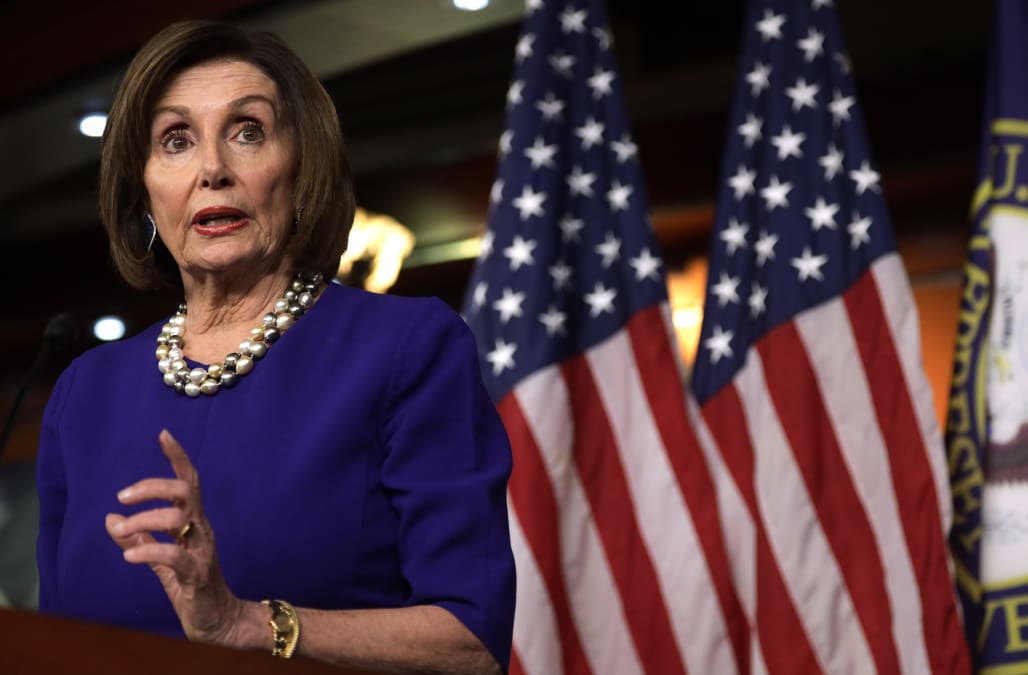 WASHINGTON — House Speaker Nancy Pelosi, D-Calif., said she felt “liberated” Thursday as she lashed out at President Donald Trump for the “falsehoods” that she said he spread in his State of the Union address on Tuesday and defended her decision to tear up his speech.

“I tore up a manifesto of mistruths,” Pelosi told reporters at her weekly news conference, referring to the moment two days earlier when she ripped up the paper copy of Trump’s address to the nation once he finished speaking.

“It was necessary to get the attention of the American people to say, ‘This is not true, and this is how it affects you,’” she said. “And I don’t need any lessons from anybody — especially the president of the United States — about dignity.”

Pelosi added that it was “entirely appropriate” for her to tear up the speech, and said, “considering some of the other exuberances … [it was] the courteous thing to do.” She also called it a “dignified act.”

The House speaker said she has tried to be “gracious” with Trump throughout his presidency.

Pelosi said that she had extended a “hand of friendship” to the president as he stepped up to the House chamber’s dais on Tuesday to welcome him — but he did not take her hand.

“It was also an act of kindness,” she said, “Because he looked to me like he was a little sedated. He looked like that last year.”

Pelosi said the president’s decision to not shake her hand had nothing to do with her later ripping up his speech. She said she is a speed-reader, and once she got through the first quarter or third of the address, “I started to think there has to be something that clearly indicates to the American people that this is not the truth.”

“He has shredded the truth in his speech, he shredded the Constitution in his conduct, I shredded his state of his mind address,” she said before walking away from the podium, ending the news conference.

More from NBC News:
Trump holds up newspaper with front page headline 'ACQUITTED' at National Prayer Breakfast
Trump allies revel in end to 'hoax' impeachment
Conservatives blast Pelosi for tearing up a copy of Trump's State of the Union address