BRIAN SLODYSKO and WILL WEISSERT 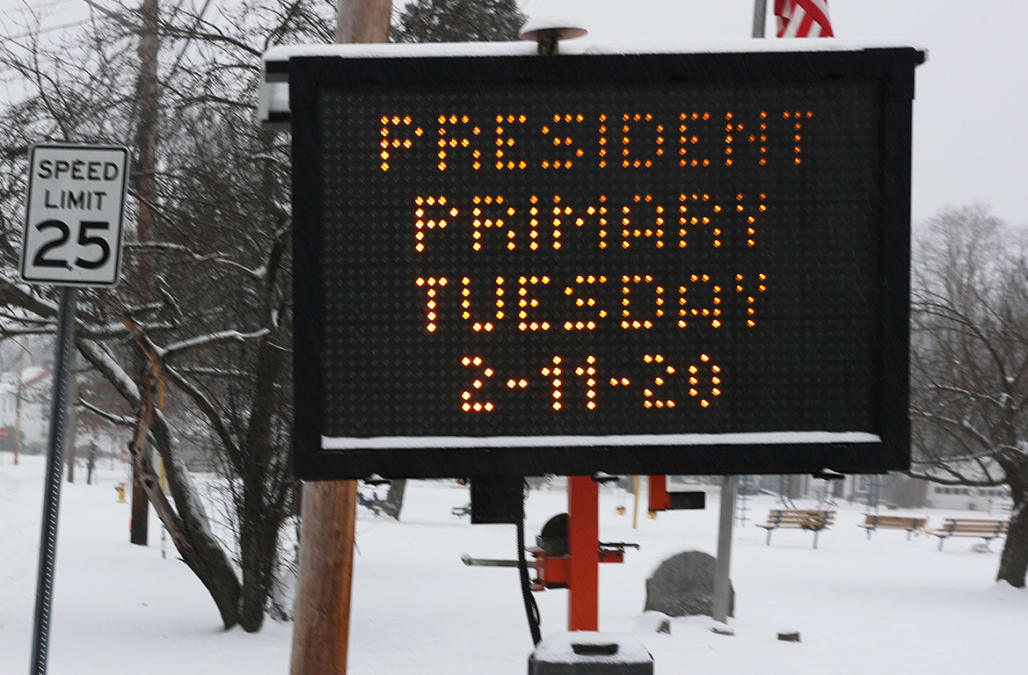 MANCHESTER, N.H. — The Iowa caucuses weren't just a colossal political mess. They were a massive money drain for Democratic presidential contenders who poured millions of dollars into a contest so marred by technical glitches that its ultimate outcome will be marked with an asterisk.

That's forced a reassessment of political strategy born of financial necessity for candidates strapped for money. It has also created a predatory environment for stronger candidates trying to pick off donors of weaker ones.

And then there is the case of Michael Bloomberg, the billionaire former New York City mayor who is funding his own campaign and holding something that has come to be called a “friend raiser” rather than a fundraiser. He merely is asking for support from donors to other candidates rather than asking them to write his campaign a check.

The chase for campaign money always runs in parallel to the primary calendar, but at this stage of the race, candidates' finances can be a ready proxy for the state of their political strength.

That's placed an even bigger spotlight on New Hampshire, where many of the cash-poor candidates were trying to raise money in between campaign stops ahead of the Feb. 11 primary.

As results from Monday's Iowa caucuses were still being tabulated, former Vice President Joe Biden and Massachusetts Sen. Elizabeth Warren, who both trailed in the state, shifted their money around, canceled ad buys and sent out emails pleading for donations ahead of Friday's debate.

“We’ll keep this brief. If we don’t hit our $600,000 debate fundraising goal by tomorrow night, we could enter the New Hampshire (get out the vote) weekend without the resources that we need to succeed,” Biden's campaign said in a fundraising email.

Biden, who has low cash reserves and has struggled to raise money, has pegged his bid for the nomination on his appeal in more diverse states that follow New Hampshire. But after a poor showing in predominantly white Iowa, he's being squeezed.

Pete Buttigieg, the former South Bend, Indiana, mayor who did quite well in Iowa, has been reaching out to past Biden donors to gauge their interest in jumping ship.

Bloomberg's “friend raiser” tactic is targeting on-the-fence donors whom Biden needs and who could further hinder his fundraising efforts.

“Donors panic. Supporters panic,” said Ian Sams, who was the primary spokesman for California Sen. Kamala Harris before she bowed out of the 2020 presidential race after struggling to raise money. “The challenge is convincing supporters that panic is not the wisest reaction and that they should keep faith in the plan that they've been outlining for a year."

Although no winner has been declared in Iowa, Vermont Sen. Bernie Sanders appeared to be the victor in the race to replenish his bank account. Sanders, who is nearly tied with Buttigieg for the lead in Iowa, announced a $25 million January fundraising haul on Thursday. The stunning sum, which was raised from his legions of grassroots donors who contribute small sums online, relieves the strain that $50 million in spending at the end of 2019 placed on his campaign finances.

That puts him in a "strong position to compete in states all over the map," said campaign manager Faiz Shakir.

And Sanders will expand ad buys the campaign already made in California and Texas, the two largest states voting on Super Tuesday.

Biden and Warren are taking a different route.

Biden this week canceled a $119,000 ad buy in South Carolina, where he has polled strongly. Warren cut even more, canceling $350,000 in planned television advertising for later this month in Nevada and South Carolina.

"I just want to be careful about how we spend our money,” she told reporters after a Wednesday rally at a community college in Nashua, New Hampshire, near the border with Massachusetts.

Buttigieg, meanwhile, has been raking in money after his Iowa performance. This week he attended three fundraisers in New York and New Jersey. And on Saturday, his husband, Chasten, will be on Biden's home turf in Philadelphia.

Former Pennsylvania Gov. Ed Rendell, an early Biden donor, said Biden's Philadelphia donor base is strong and runs deep given the former vice president's long-standing connection to the state and city. Biden was born in Pennsylvania and represented neighboring Delware in teh U.S. Senate for more than three decades.

“We give to Joe because we believe he’d be a good president. But we also help him because he’s been a friend, a great personal friend and a friend to Philadelphia,” said Rendell, who is also a former Philadelphia mayor. “We’re not bailing."

More from Aol.com:
Andrew Yang's campaign lays off staff at headquarters and field offices after dismal Iowa showing
Polls show Biden’s campaign could be hitting the wall
Buttigieg responds to Iowa voter who pulled her support after realizing he's gay