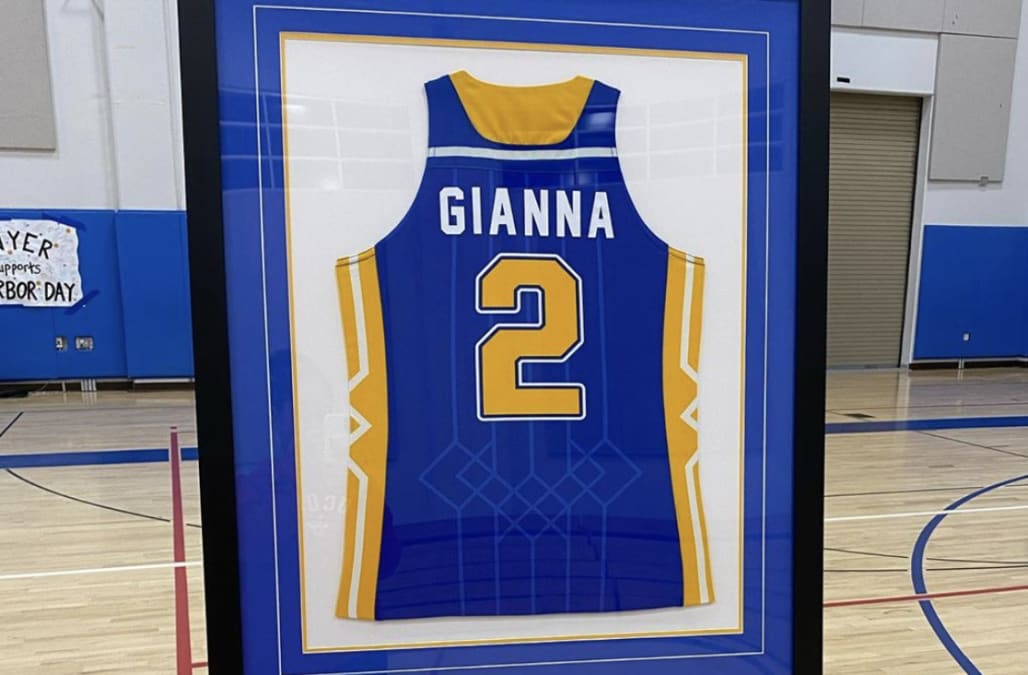 Gianna “Gigi” Bryant was honored with a jersey retirement and ceremony by Harbor Day School in Corona Del Mar, California, on Wednesday. The second daughter of Los Angeles Lakers legend Kobe Bryant and his wife, Vanessa Bryant, was a budding basketball star on the team.

Vanessa posted a series of photos and videos from what appears to be the school’s gymnasium, where Gigi wore the No. 2. Her photo was on a TV screen and heart balloons framed a large No. 2 with the 13-year-old’s name spelled out on a table.

“My Gigi. I love you! I miss you. You’ve taught us all that no act of kindness is ever too small. Mommy is still and will ALWAYS be so proud of you mamacita.”

My Gigi. I love you! I miss you. You’ve taught us all that no act of kindness is ever too small. Mommy is still and will ALWAYS be so proud of you mamacita. ❤️#2 🏀

In another, she wrote:

“My Gianna. God I miss you. I’ve been so lucky to have woken up to see your gorgeous face and amazing smile for 13 years. Wish it would’ve been until my last breath. Mommy loves you to the moon and back. Infinity plus 1.”

Kobe and Gigi Bryant were among the nine people killed in a helicopter crash in January. Christina Mauser, a girls basketball coach at Harbor Day, also died in the crash.

UConn, the college Gigi wanted to play for, honored Gigi the day after the crash with her jersey on the bench in an exhibition against Team USA. Fans mourned around Staples Center, leaving memorabilia that is now on its way to the Bryant family at Vanessa’s request. Teams around the league paid tribute and memorials are being planned.

Vanessa shared videos from the Harbor Day School ceremony. Teachers, students and coaches shared stories of Gigi’s work on student council, her positive and humble character, her skills on the court and plenty of special memories. The choir sang “Memories” by Maroon 5 in her honor.

Earlier in the day, Vanessa paid tribute to her late husband with various photos on Instagram. She has asked that anyone wishing to honor those lost in the crash to donate to MambaOnThree.org in support of four other families who lost loved ones.