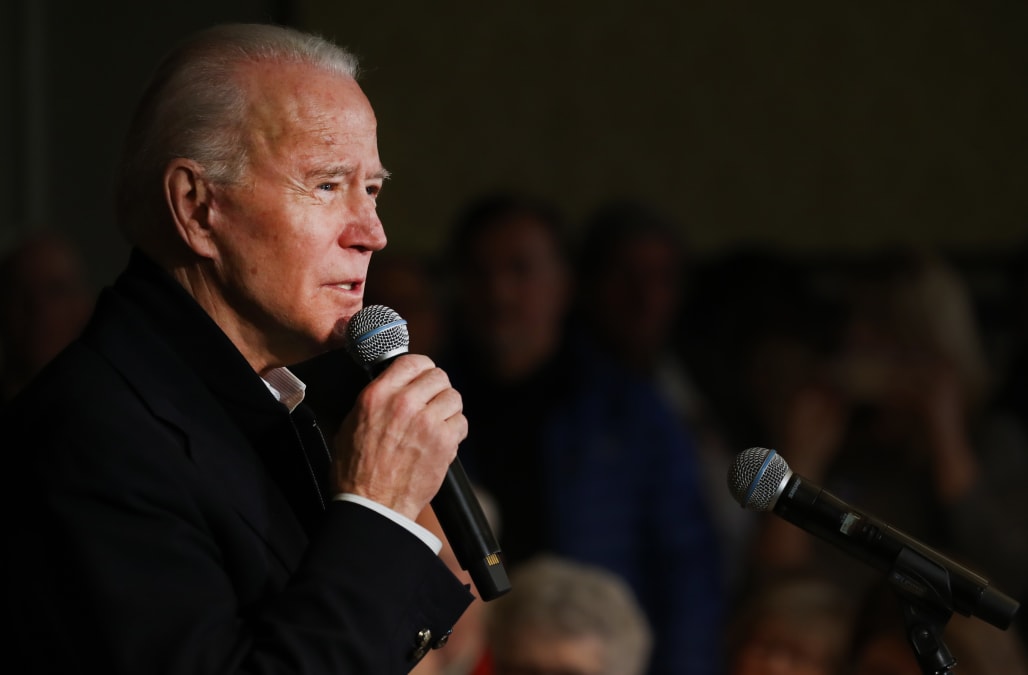 Former Vice President and 2020 Democratic hopeful Joe Biden opened up about how he dealt with his stutter throughout his life during a CNN town hall, moving members of the audience to tears.

Biden said he eventually overcame his stutter by practicing speeches to himself in the mirror and imitated the "torture face" he would get when he couldn't make out a whole sentence due to his stutter.

He talked about how he was "embarrassed" of his stutter growing up, but that he no longer feels that shame.

The former vice president went on to emphasize the power of empathy, and how a simple phrase like "I know how you feel" can reinforce someone enough to think, "I guess there's a way through. I guess I can make it."

Biden said he empathized with the conservative commentator Rush Limbaugh, who announced he had been diagnosed with late-stage lung cancer. Limbaugh was a controversial recipient of the Presidential Medal of Freedom at the State of the Union address on Tuesday.

"I probably got in trouble for saying empathize with Rush Limbaugh dying of cancer," Biden said. "I don't like him at all, but he's going through hell right now. He's a human being."

Biden said this type of consideration is something that is lacking in the US, both in and out of politics. The government remains bitterly divided following a high-tension impeachment inquiry, pinning Democrats and Republicans — both congresspeople and civilians — against each other.

"We just have to reach out a little more for people; we don't do it enough," Biden said. "We got to heal this country. As a nation, we didn't use to be like this."

“Things that people cannot control, is not their fault. No one has a right… to mock it and make fun of it,” says Joe Biden on his lifelong struggle with stuttering. “We just have to reach out a little more for people… We don’t do it enough. We have to heal this country.” pic.twitter.com/SQQVlr4hkm

SEE ALSO: 15 famous people who had a stutter