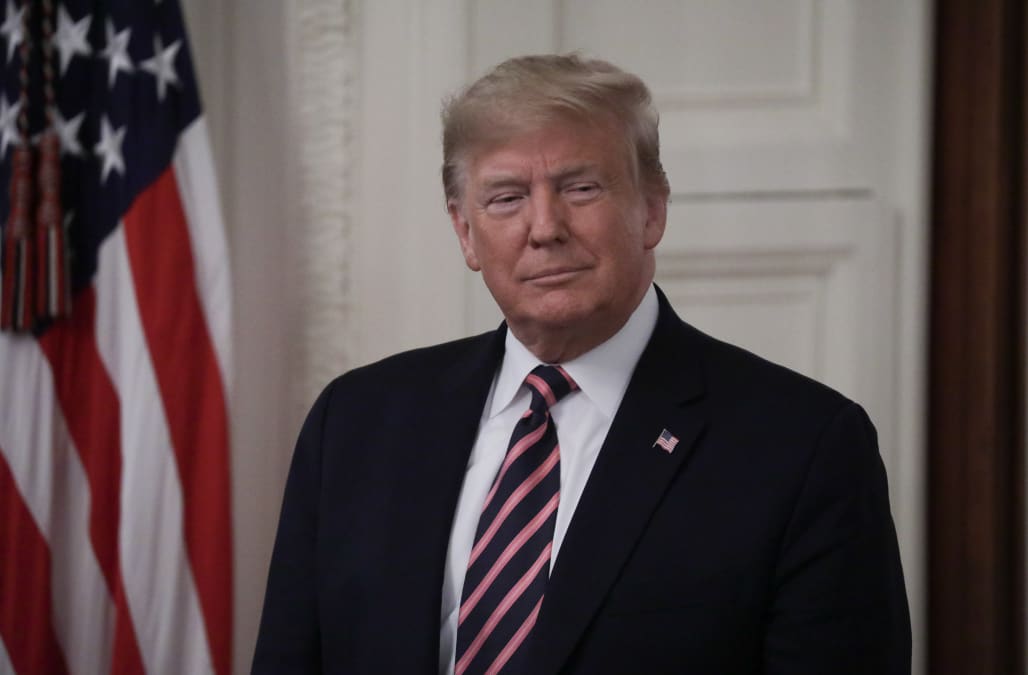 President Donald Trump said during a speech on Thursday that the Kansas City Chiefs intend to visit the White House following their Super Bowl victory over the San Francisco 49ers.

The team has not confirmed his statement.

Trump made the announcement during a response to the U.S. Senate vote to acquit him after he was impeached by the House of Representatives.

@PatrickMahomes@Chiefs@realDonaldTrump Thank you Mr President 🇺🇸 and we will see you at the White House next week 👍🏻 #ChiefsKingdompic.twitter.com/gfpa2FejyX

“Your Super Bowl champions are coming,” Trump said. “I think next week or soon. Every one of them want to be here. The coach loves us, the coach is great, Andy Reid.”

Reid said after the Kansas City victory that he planned to visit if invited.

White House visits for sports champions have become contentious since Trump joined office, particularly among NFL and NBA players who don’t want to be seen as aligned with Trump’s policies.

Trump has also launched attacks in the past at the NFL and NFL players associated with protests during the national anthem.

He called for the jobs of players who protested racial inequality and social injustice by kneeling during the national anthem during a 2017 rally in Alabama.

“Wouldn’t you love to see one of these NFL owners, when somebody disrespects our flag, to say, ‘Get that son of a bitch off the field right now, out, he’s fired. He’s fired!’,” Trump said at the rally.

Some teams have skipped a visit altogether or not been invited after publicly criticizing Trump or declaring their intentions not to attend.