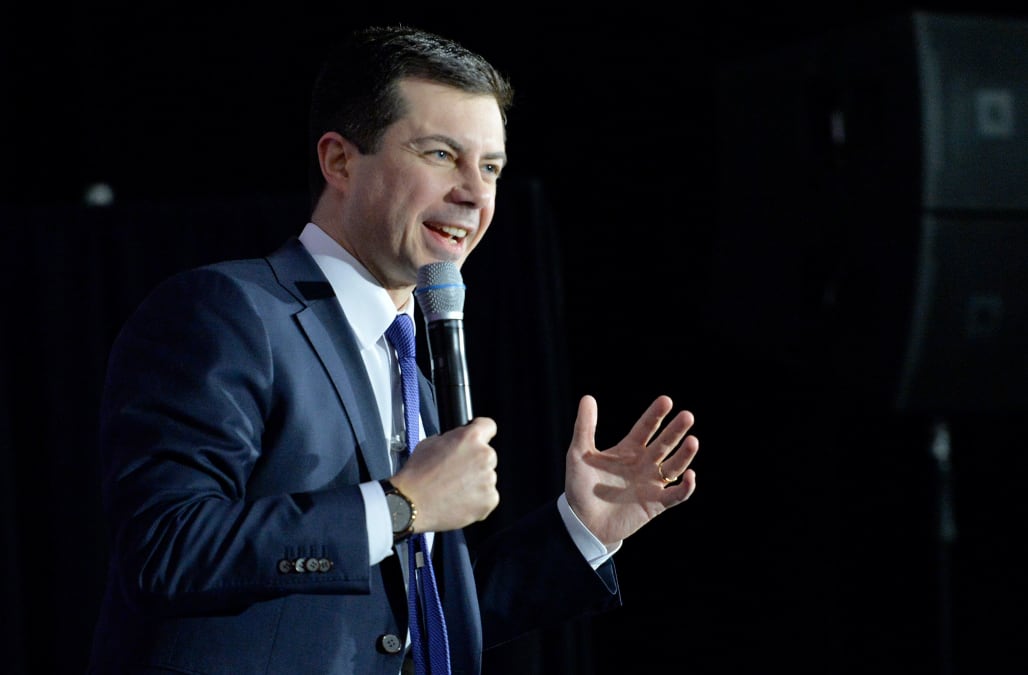 Pete Buttigeig on Wednesday praised a campaign volunteer who responded to an Iowa caucusgoer's decision to rescind her support after learning that Buttigieg is in same-sex marriage, saying he was proud that the volunteer had spoke to the woman "with respect."

MSNBC's Stephanie Ruhle asked the former mayor of South Bend, Indiana, about a viral video of the encounter.

“How real is that? How big of an issue is that for you?” Ruhle asked.

Buttigieg, who has been married to Chasten Buttigieg since 2018, said he “felt proud of our organizer volunteer,” precinct captain Nikki van den Heever, “who on my behalf was speaking to her and speaking to her with respect.”

#PeteButtigieg precinct captain in rural Iowa responds to a caucus-goer flipping out upon learning that he has a same-sex partner. It’s a masterclass in patience, persistence, and love. Bravo @nikkiheever#IowaCaucuses#cresco#howardcountyiowapic.twitter.com/PhX7vRFh8X

Van den Heever can be seen in the video, which now has 3.2 million views on Twitter, calmly responding after the caucusgoer, who was surprised by Buttigieg's sexual orientation, said she doesn't "want anybody like that in the White House"

“The whole point of it is, though, he’s a human being, right? Just like you and me, and it shouldn’t really matter,” van den Heever responded.

Buttigieg said van den Heever was “living out the values that this campaign has been asking our volunteers and organizers to live by the whole time, and trying to reach out in the name of compassion to that woman's heart."

“I'm sad to see that it doesn’t seem that she reached her, but I also think that that is part of what change looks like — deep real change is looking people eye to eye and engaging them with compassion,” he added.

Buttigieg then turned to a familiar stump speech that touched upon his status as a gay outsider.

“If someone like me in Indiana, while Mike Pence was governor, could come out and get re-elected with 80 percent of the vote, then anywhere in America, I believe people can move past old prejudices, especially when the election at the end of the day is not about me or about this president,” Buttigieg said. “It's about the voters' questions of how their lives will be shaped by the choice they're about to make.”

As of Thursday at noon, with 96.9 percent of precincts reporting, Buttigieg and Sanders were effectively tied for first in the Iowa caucuses, with 26.2 and 26 percent of the votes, respectively.