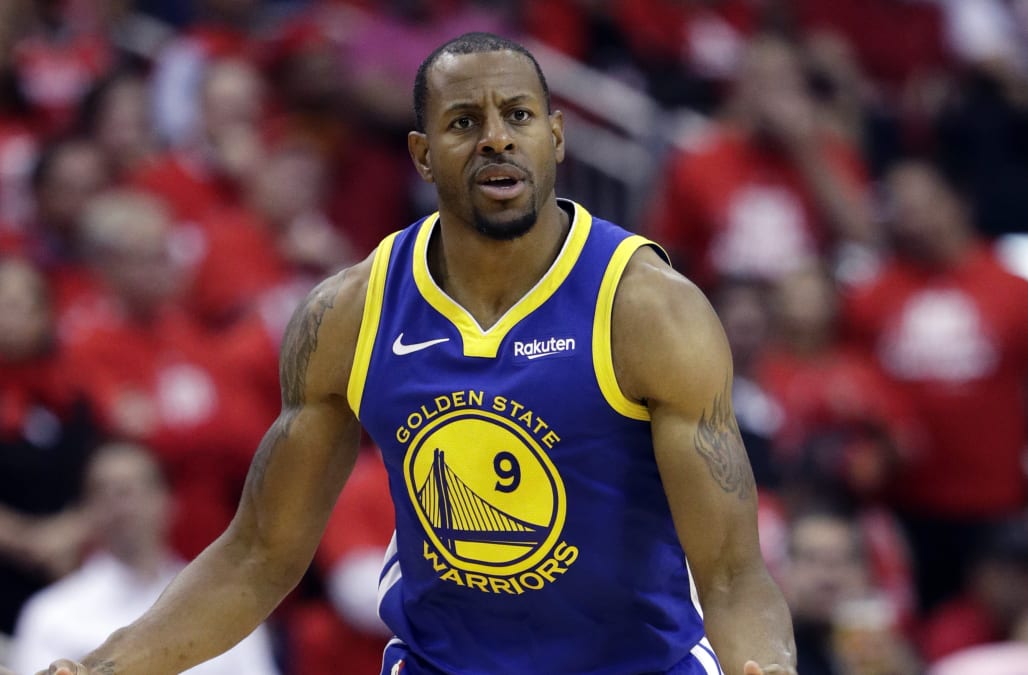 Andre Iguodala’s less than storied career with the Memphis Grizzlies is finally coming to a close.

The Grizzlies reached a deal Wednesday to send the veteran forward to the Miami Heat, with Iguodala also agreeing to sign a two-year, $30 million extension with his new team.

The deal reportedly includes a team option for the second year.

Among the players reportedly going back to Memphis is former top 10 pick Justise Winslow.

Justise Winslow is part of the package headed to Memphis in the Iguodala trade, league sources tell ESPN.

The rest of the trade is unknown, though Wojnarowski reports that the teams are working to add Oklahoma City Thunder forward Danilo Gallinari in a potential three-team trade that is still being worked out.

Miami, Memphis and Oklahoma City are working on an elaborate three-team deal that would land the Heat both Andre Iguodala and Danilo Gallinari, league sources tell ESPN. Talks are ongoing and could extend into Thursday, sources said.

The deal ends a mutually agreed upon standoff in which Iguodala had refused to report to the Grizzlies following his trade from the Golden State Warriors. Iguodala had reportedly been prepared to sit out for the rest of the season if the Grizzlies weren’t able to find a trade, but now he’ll head to a contender in South Beach.

Both the Los Angeles Lakers and Los Angeles Clippers had been seen as desired destinations for Iguodala, and the feeling was mutual. Yahoo Sports senior NBA insider Chris Haynes reports that the Lakers made several attempts to acquire Iguodala, but were apparently unable to meet the Grizzlies’ asking price.

The Grizzlies acquired Iguodala and a protected first-round pick in a salary cap-clearing move from the Warriors during the offseason, and were clearly interested in only flipping the former All-Star and Finals MVP for even more young assets.

However, it would take a while for the Grizzlies to find a contending team that both wanted Iguodala and his $17 million salary and had the assets the Grizzlies desired.

That created the unusual situation of Iguodala refusing to report to Memphis with Memphis’ consent, an awkward storyline for a young rebuilding team. Tensions emerged Monday when Grizzlies guard Dillon Brooks told reporters he wanted Iguodala to be traded so the team could show him “what Memphis is about” when they played, a sentiment echoed by rookie star Ja Morant.

While Iguodala might have preferred to land in Los Angeles, he clearly doesn’t mind ending up in Miami judging by the agreed-upon extension.

The 34-15 Heat have turned into a surprise contender this year thanks to All-Star seasons from Jimmy Butler and Bam Adebayo and surprise contributions from a number of unlikely places, including starters like undrafted rookie Kendrick Nunn and second-year forward Duncan Robinson.

As for the Grizzlies, you can certainly do worse than basically selling cap space for a first-round pick, then flipping that for a 23-year-old player who still has plenty of promise. We’ll see how else the trade shapes up.