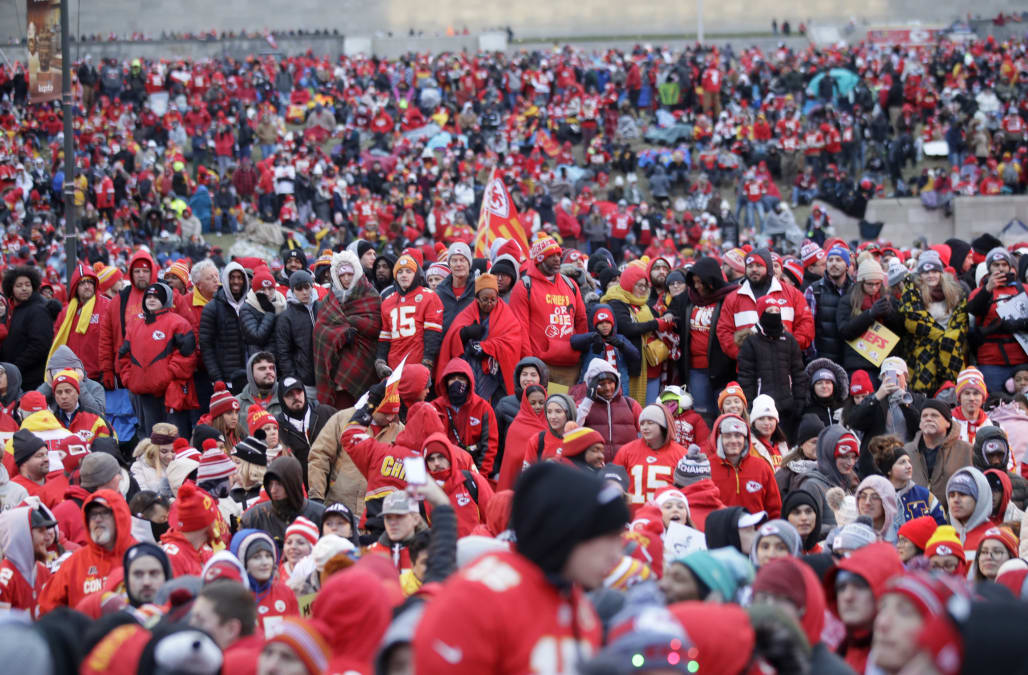 A car somehow got into the barricaded parade route on Grand Street in downtown Kansas City at approximately 8 a.m. It led police on a chase down the route before Kansas City Police pinned the car near the end of the parade route at Union Station.

This is really incredible work by @41actionnews. pic.twitter.com/6CFGN97rta

The car being chased thankfully stayed on the route and was trapped by police in the middle of the street near a median and away from all of the fans who were lining up on the sidewalks. Look at how crazy this was, even at a relatively low speed.

Oh my god a car flew threw the barriers ON THE KC PARADE ROUTE and a chase ensued down the route, hope nobody got hurt pic.twitter.com/cG54Y3oUf5

It was a nice pit maneuver by the police to keep the car from spinning toward bystanders.

Car chase that just happened outside the Westin @fox4kc@kmbcpic.twitter.com/LDAhkeKmVz

Police escorted the driver and a passenger away and into a van after getting him out of the car and no injuries were immediately reported. The chase appeared to begin near the start of the parade route on the north side of downtown, which means it went nearly the entire distance of the parade.

VIDEO #BREAKING police Chase along #ChiefsParade Route. Very Scary. This is the beginning of the parade route. From Julie Gross pic.twitter.com/awiwnbpGu5

Police said the driver was being investigated for driving while impaired.

The parade celebrating the Chiefs’ first Super Bowl win in 50 years is scheduled to start at 11:30 a.m. local time. The rally at Union Station near where the car chase ended is set to start at 1:30 p.m. after the parade traverses the two-mile route south through the city.