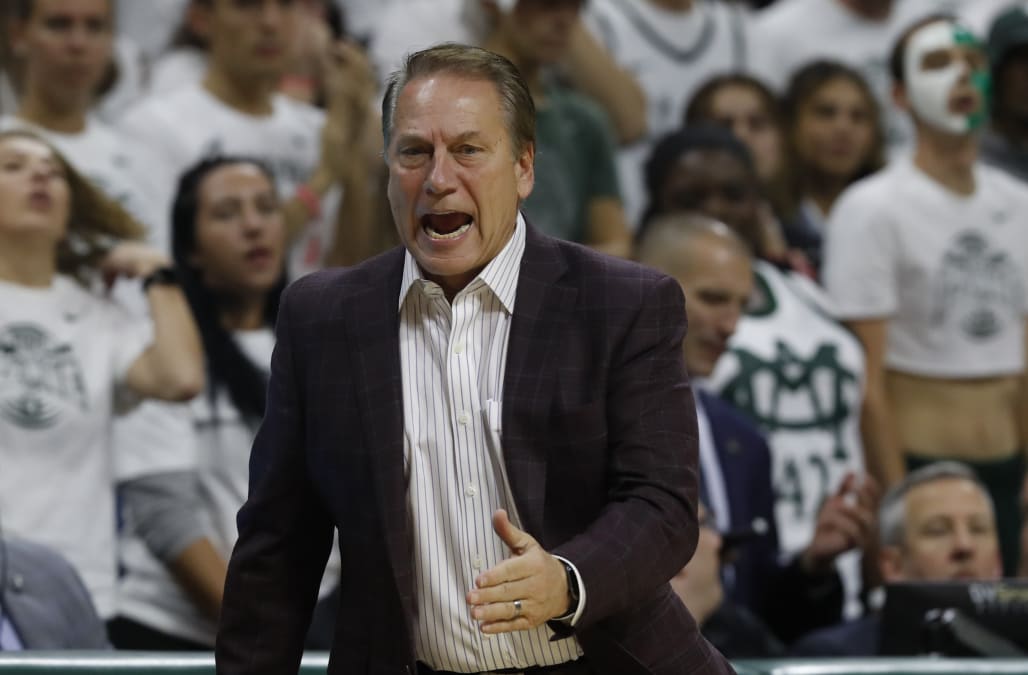 Izzo, following No. 16 Michigan State’s 75-70 loss to No. 22 Penn State the Breslin Center, made it clear that he won’t tolerate any Spartans fans harassing his players on social media — something that has been an issue in recent days.

“I’m going to tell you something guys, and I really mean this from the bottom of my  heart,” Izzo said. “If there are any Michigan State people out there that are abusing some of my players on that frickin’ Twitter, I’m sick of it. OK? I’m sick of dealing with what I have to deal with on that. So if they are Michigan State fans, I’ll be more than happy to buy their tickets, and I mean that.”

"If there's any Michigan State people out there that are abusing some of my players on that freakin' Twitter...I'm sick of it."

The Spartans loss to Penn State marked their fourth in their last seven games, and their second straight following a one-point loss to Wisconsin on Saturday. The skid is clearly one Michigan State fans aren’t happy about, especially since they started out the year as the top-ranked team in the country.

Yet that frustration, Izzo said, has prompted some fans to send offensive social media posts directed at his players in recent days.

While he knows he can’t eliminate it from social media completely, Izzo wants to ensure any hate directed at his program isn’t falling on his players’ shoulders.

He’s more than happy to take it instead.

“I’m asking all Michigan State fans, real fans, to understand. I get paid a lot of money, so take your shots at me,” Izzo said. “But don’t take them on a kid whose been a 3.7 student, whose done more for this university than most of those people have. It’s despicable to me.”