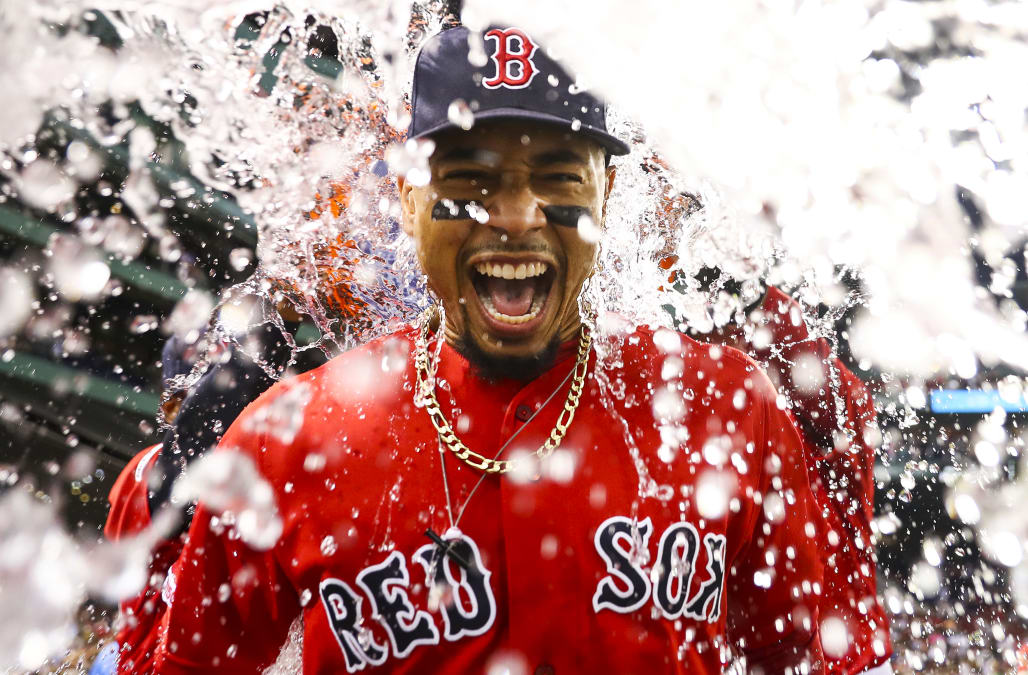 Naturally, the trade sent baseball fans everywhere straight to social media. Some were thrilled about the news, while others weren’t so happy.

A few were simply happy that the trade went down during President Donald Trump’s State of the Union address, giving them something else to focus on instead of his annual speech.

Why would anyone ever trade Mookie Betts 🤨🤨🤨. Trade anyone but that guy. He’s unreal!

The Red Sox traded their best player because their billionaire owner can’t afford to pay him. It’s OK. You can stop watching baseball like I did.

Why is everyone freaking out about the Mookie Betts trade? That's a great move for the Yankees.

Underrated angle of the Dodgers getting Mookie Betts is the boom this brings to the Los Angeles bowling scene. pic.twitter.com/aLTxknNaOP

Thinking of Mookie and David Price in Dodgers uniforms makes me physically ill, that’s the only statement I have at this time, thank you

Crazy that Red Sox put themselves in such a bad position financially that they wouldn’t be able to afford a franchise player like Betts. That Sale extension...

The Red Sox are really trading Mookie Betts—one of baseball's best players and most accomplished players at just 27 years old. John Henry should be ashamed of himself. Absolutely pathetic. pic.twitter.com/zvgUZ610nn

SOTU twitter is much more fun when every fourth tweet in your feed is actually about the Mookie Betts/David Price/etc. trade.

History is not going to look kindly on that Mookie Betts trade ...

The Dodgers just set them self back years. Mookie is an unreal talent but Now you have 4 lefties in your rotation. 2 of them are on the back end of their career. Bullpen? Rip on me and tell me I’m wrong!?!??