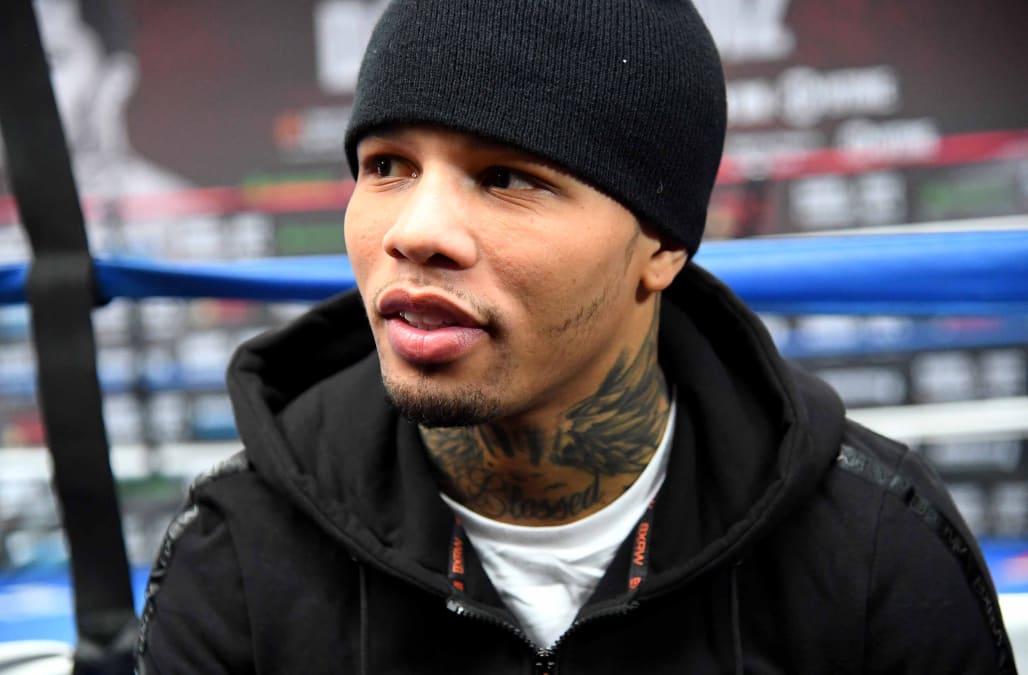 Davis, 25, surrendered to police Tuesday after video surfaced on social media over the weekend that appeared to show him assaulting an ex-girlfriend with whom he has a child, police said.

Authorities said in a news release that they were alerted to the incident on social media and by the ex-girlfriend.

Davis, a boxing champion, turned himself in to police on Tuesday. He is charged with simple battery and domestic violence.

The now-viral video posted to Twitter on Saturday by user @mr_luares shows Davis pulling the woman out of her chair at the game and pushing her toward an exit. The 14-second video was reported to Miami-Dade police and reposted by TMZ.

The incident left the woman with injuries to her lip and left jaw, according to an arrest report obtained by the Miami Herald.

Davis "dragged the victim by her shirt to a separate room located at the southeast corner of the basketball court," the arrest report says.

On Sunday, Davis said in a since-deleted post on his Instagram account that he was “aggressive” with the woman but that he did not strike her. "That's the mother of my child. I would never hurt her," he said.