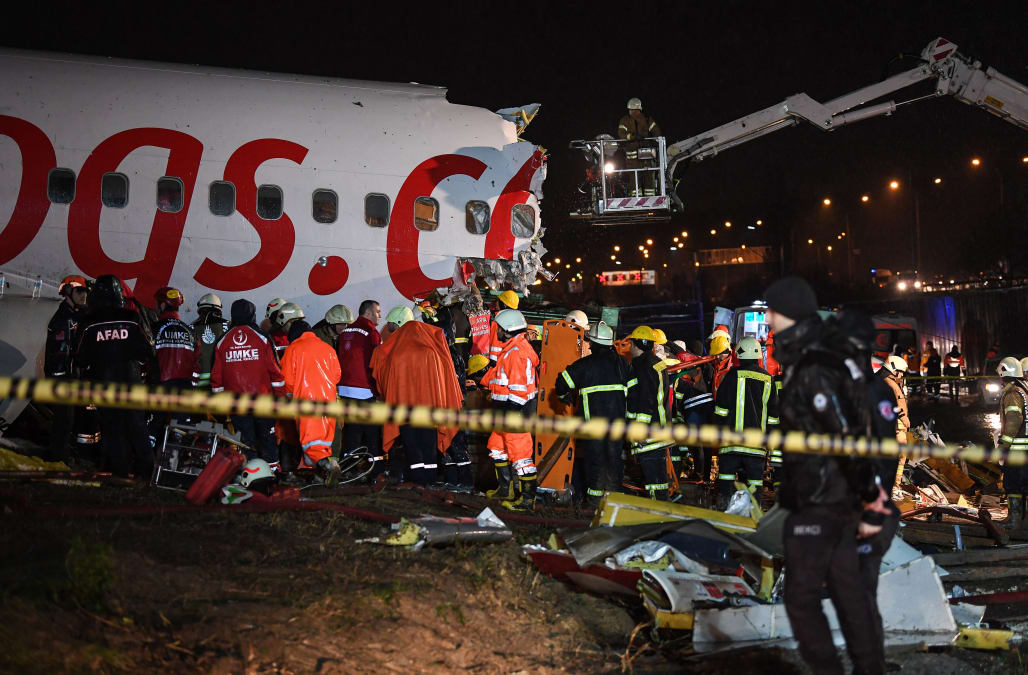 A plane skidded off the runway at Istanbul's Sabiha Gokcen airport on Wednesday, crashing into a road and breaking into pieces, Turkish media reported.

Footage posted online by Turkish television station NTV showed the plane with heavy damage to its fuselage, with the front portion of the plane — including the cockpit and several rows of seats — appearing to have broken away from the rest of the plane. A second section, closer to the tail, appeared to have broken off as well. Passenger evacuation slides could be seen.

The station reported that the plane caught fire after it skidded, but that the fire was quickly extinguished.

The plane was being flown by Turkish low-cost carrier Pegasus Airlines. NTV reported that it arrived from the city of Izmir and was landing in Istanbul. The airport was shutdown following the incident.

There was a thunderstorm passing the airport at the time of the accident, bringing gusty winds to the area, the Flight Safety Foundation reported.

Pegasus did not immediately reply to a request for information.

NOW WATCH: Here's why in-flight WiFi is so slow and expensive

SEE ALSO: Here's what United, American, and other airlines are doing to protect against coronavirus

More from Business Insider:
FACT CHECK: 3 false claims Trump made about the economy at his State of the Union address
How 'Locke and Key' totally changed at Netflix after Hulu passed on the TV series
Starting a side business completely transformed my career. Here's how I went from blogging to helping tech startups grow.