Trump declines to shake hands with Pelosi at SOTU 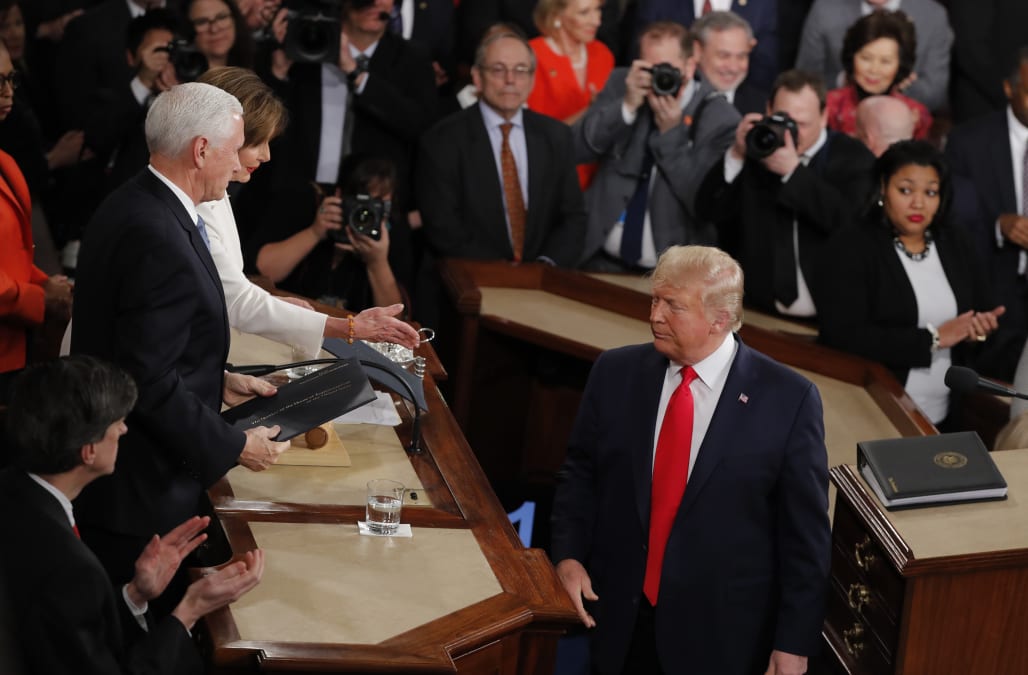 President Trump declined to shake hands with House Speaker Nancy Pelosi at the start of his State of the Union Address Tuesday, less than two months after Democrats in the same House chamber voted to impeach him.

As he ascended the podium, Trump handed a copy of his speech to Vice President Mike Pence and another to Pelosi, who extended her hand to the president. Trump turned away without shaking it.

Pelosi and many other Democratic congresswomen were dressed in white in tribute to the 19th Amendment to the U.S. Constitution, which gave women the right to vote. The Speaker also wore a gold pin on her lapel that she also wore on the day Trump was impeached.

"That pin is the mace of the United States House of Representatives. It's 13 bundled rods with a globe on top of them and with an American bald eagle,” Pelosi explained at the time,

Republicans gave Trump a rousing welcome, while Democrats held their applause through much of the early portions of his speech.