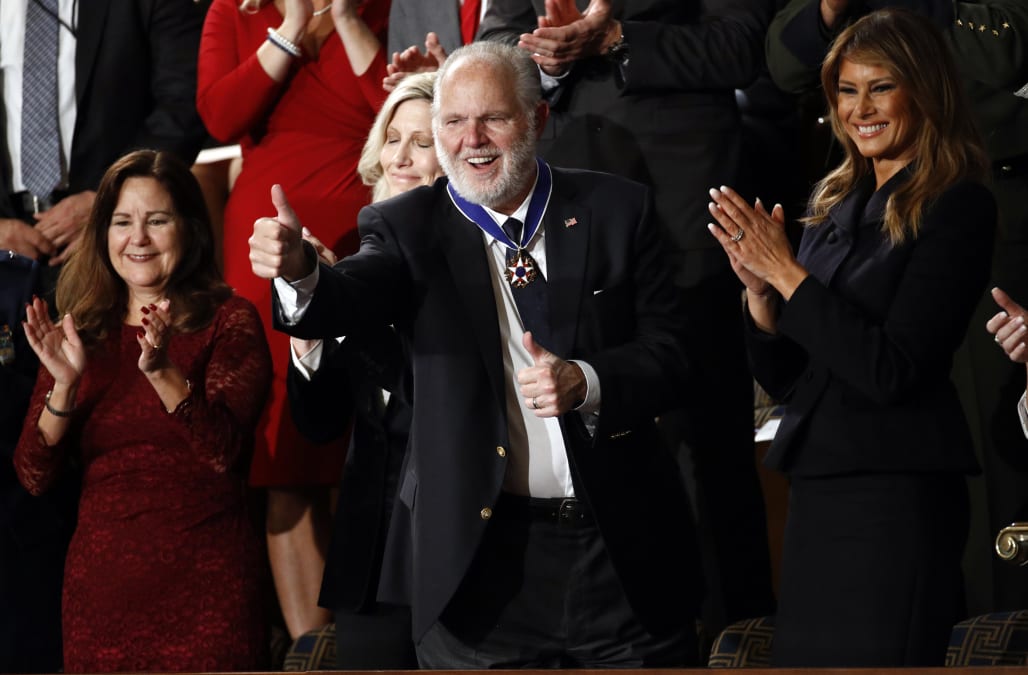 President Trump used Tuesday’s State of the Union address to award Rush Limbaugh, the fiercely conservative talk radio host who has just announced he has advanced lung cancer, with the Presidential Medal of Freedom.

“Almost every American family knows the pain when a loved one is diagnosed with a serious illness. Here tonight is a special man. He’s loved by millions of Americans, who just received a stage 4 advanced cancer diagnosis,” Trump said in a portion of his speech that focused on health care. “This is not good news, but what is good news is that he is the greatest fighter and winner that you will ever meet. Rush Limbaugh, thank you for your decades of tireless devotion to our country.”

Limbaugh, sitting next to first lady Melania Trump in the House balcony, stood and was applauded by Republican lawmakers. A resident of Florida, Limbaugh is a frequent visitor to Trump’s Mar-a-Lago resort.

Though the news had of the award broke hours earlier, Limbaugh seemed surprised at the president’s words, his mouth agape, tears welling up in his eyes.

Melania Trump then affixed the medal around his neck.

House Speaker Nancy Pelosi and Democratic lawmakers remained seated and did not applaud.