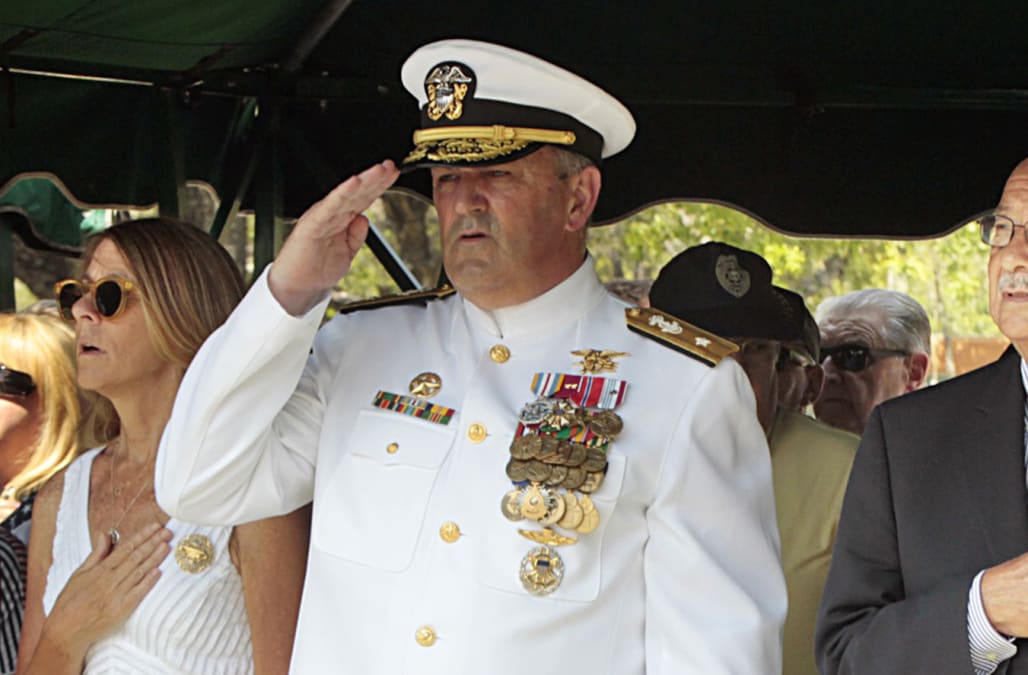 The US Navy admiral responsible for the service's special-operations forces will step down from his position, The Intercept first reported Monday evening.

Green graduated from the US Naval Academy in 1986 and completed the Navy SEAL Basic Underwater Demolition/SEAL (BUD/S) course two years later. He served in SEAL Teams 2, 3, and 5, in addition to senior roles for the NATO's Special Operations Command and US Central Command.

His retirement follows the controversial court-martial of Special Warfare Operator Chief Eddie Gallagher, after which Green moved to withdraw Gallagher's Trident pin, which signifies his membership in the Navy SEAL community.

Green personally ordered an "ability" and "ethics" peer evaluation of Gallagher, who was previously demoted and charged with war crimes, including the murder of an ISIS prisoner of war and the shooting of two people in Iraq in 2017. Gallagher was acquitted on both counts but convicted on a lesser charge of posing for a picture with the dead ISIS fighter.

However, President Donald Trump intervened in the Navy's judicial system to free Gallagher from pre-trial detention and restore his rank after the conviction. Trump claimed he was "sticking up for our armed forces" and that "there's never been a president that's going to stick up for them, and has, like I have."

The apparent disagreement between Green and the White House fueled the controversy in the Gallagher case.

The incident led to other resignations by Navy leaders. Navy Secretary Richard Spencer was forced to resign after expressing disagreement with Trump's actions. According to a New York Times report, Spencer and Green threatened to resign if Trump intervened on Gallagher's behalf.

After his ouster in November, Spencer told CBS News that he did not believe Trump "really understands the full definition of a warfighter."

"What message does that send to the troops," said Spencer, a former Marine officer. "That you can get away with things. We have to have good order and discipline. It's the backbone of what we do, and the Trident review process with the senior enlisted reviewing fellow senior enlisted is critical."

NOW WATCH: Navy SEALs debunk 5 misconceptions about good leaders in the military and the workplace

SEE ALSO: 'It's utter bulls--t': Navy SEAL was promoted despite allegations he choked a Green Beret to death

More from Business Insider:
Trump is heading for a major clash with Boris Johnson over Huawei as Republican allies warn 5G deal would rupture U.K.-U.S. relations
Nancy Pelosi's daughter said she handed Trump a bottle of water without anyone checking it
Giuliani associate says John Bolton is a key impeachment witness, bolstering Democrats' calls for him to testify in Senate trial