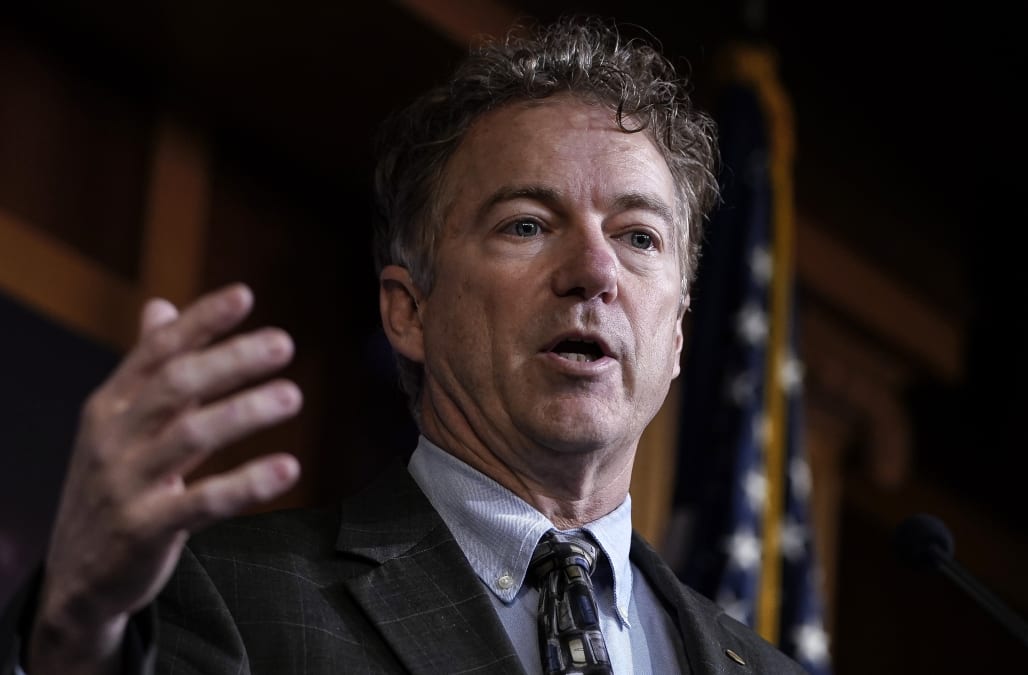 WASHINGTON, Feb 4 (Reuters) - Republican Senator Rand Paul gave the purported name of the anonymous whistleblower at the center of President Donald Trump's impeachment in a speech in the Senate on Tuesday, after earlier being blocked from doing so during Trump's trial.

Paul uttered the name in a question that U.S. Supreme Court Chief Justice John Roberts had earlier declined to read as the presiding officer of the trial. The Senate was not holding impeachment proceedings when Paul spoke on Tuesday.

The Kentucky senator also displayed the question on a poster board positioned nearby. It alleged that an official at the White House National Security Council (NSC) conspired with a Democratic staffer of the House Intelligence Committee, which spearheaded the impeachment inquiry.

But Paul first pointed out that the question, while using the name of an NSC official reported by conservative media to be the whistleblower, did not actually identify the person as such.

Trump and his Republican allies have long sought to out the anonymous whistleblower who used official channels to raise concerns about a July 25 phone conversation in which Trump asked Ukrainian President Volodymyr Zelenskiy to investigate former Vice President Joe Biden, who is now a leading Democratic presidential candidate.

Lawyers for the whistleblower and Democrats have accused Trump and other Republicans of jeopardizing the personal security of the person by seeking to publicize the name. (Reporting by David Morgan; editing by Ross Colvin and Jonathan Oatis)