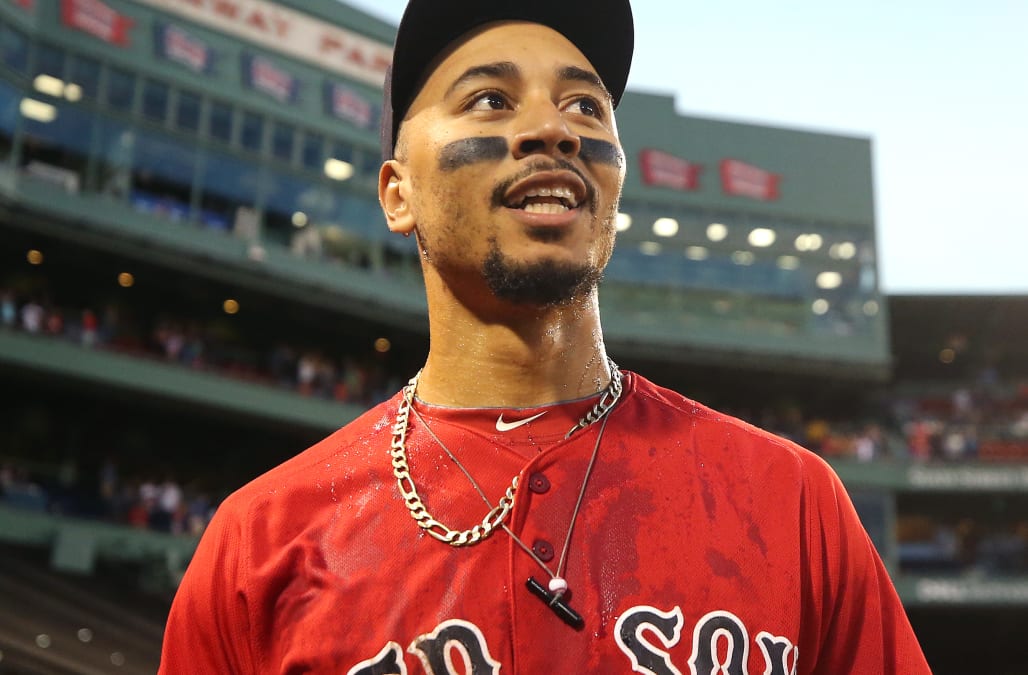 Left-handed starting pitcher David Price is also reportedly included in the deal, which is pending medical reviews. The rest of the deal is not yet known, though The Athletic’s Ken Rosenthal reports that a third team is involved.

BREAKING: The Los Angeles Dodgers have agreed to a deal with the Boston Red Sox that would send star outfielder Mookie Betts and starter David Price to the Dodgers, sources familiar with the deal tell ESPN. Deal is pending medical reviews.

The blockbuster trade comes after months of speculation. Boston entered the offseason seemingly intent on shedding payroll to get under the Competitive Balance Tax threshold. Once J.D. Martinez opted to stick with the remaining three years and $62.5 million of his contract, rumors that Betts — who will be a free agent following the 2020 season — would be traded immediately picked up steam.

Those rumors heated up and cooled off several times over the last three months. Today's the day it all became reality.

Betts, 27, has been the clear second-best player in the sport over the past five years. His 39.7 WAR trails only Mike Trout in that time and stands almost 9 WAR clear of the next position player. The 2018 AL MVP avoided the arbitration process by agreeing to a $27 million salary for 2020 that was record-setting for players under team control, but 16 players are still set to make more than Betts this season.

The Dodgers were one of two teams consistently connected to Boston in trade talks. The other was the San Diego Padres. Los Angeles always felt like the favorite though because the players it could reasonably offer seemed to match Boston’s needs. It was also difficult to believe the Dodgers would miss out on yet another impact player — especially when directly battling a division rival. Top Dodgers executive Andrew Friedman also, notably, worked alongside new Red Sox Chief Baseball Officer Chaim Bloom during their tenures with the Tampa Bay Rays.

Despite connections to nearly every top free agent and reported discussions with the Cleveland Indians regarding All-World shortstop Francisco Lindor, the Dodgers’ top addition prior to Betts was reliever Blake Treinen. Getting Betts changes the tone of an otherwise stagnant offseason.

It also enhances what was already one of the MLB's best lineups. Betts, 2019 National League MVP Cody Bellinger, Justin Turner and Max Muncy will be a daunting challenge for opposing pitchers.

The question now is whether the trade will pay off for Los Angeles in the long run. With Betts headed for free agency after the 2020 season, it's possible his Dodgers tenure will be a one-and-done. Most will agree it's worth it if Los Angeles finally gets over the World Series hump. If not, it could be the centerpiece in a long stretch of disappointments.