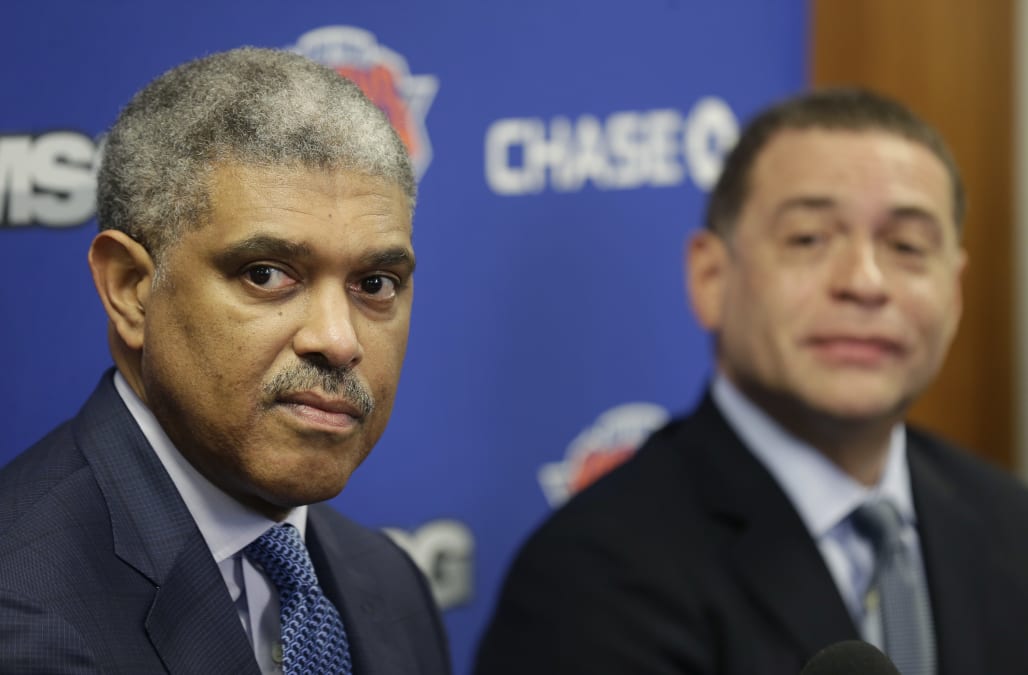 Is two days before the trade deadline the right time to fire your president and chief decision maker? The New York Knicks are going to find out, since they’ve reportedly fired president Steve Mills.

Mills has been with MSG on and off since 2003, but was hired by team owner James Dolan in 2013 as both executive vice president and general manager. He was promoted to president after the Knicks parted ways with Phil Jackson in June 2017, and kept his decision making responsibilities when Steve Perry was hired as GM the following month.

It’s not known why Dolan decided Tuesday was the day to fire Mills. The organization has gone 178-365 since he was hired in 2013, and while he bears partial responsibility for that, the only person who can truly be blamed for all the Knicks’ troubles is Dolan. However, Dolan could be trying to land a major executive to take Mills place: Masai Ujiri of the Toronto Raptors.

Ujiri has been incredibly successful in Toronto and has continually tormented Dolan and the Knicks in trades and signings. It’s been reported that Dolan is borderline obsessed with getting Ujiri on the Knicks, but a lack of autonomy from Dolan would be an issue. Dolan clearing the decks and firing Mills could be the first sign that he’s willing to make some changes to obtain a winning executive.