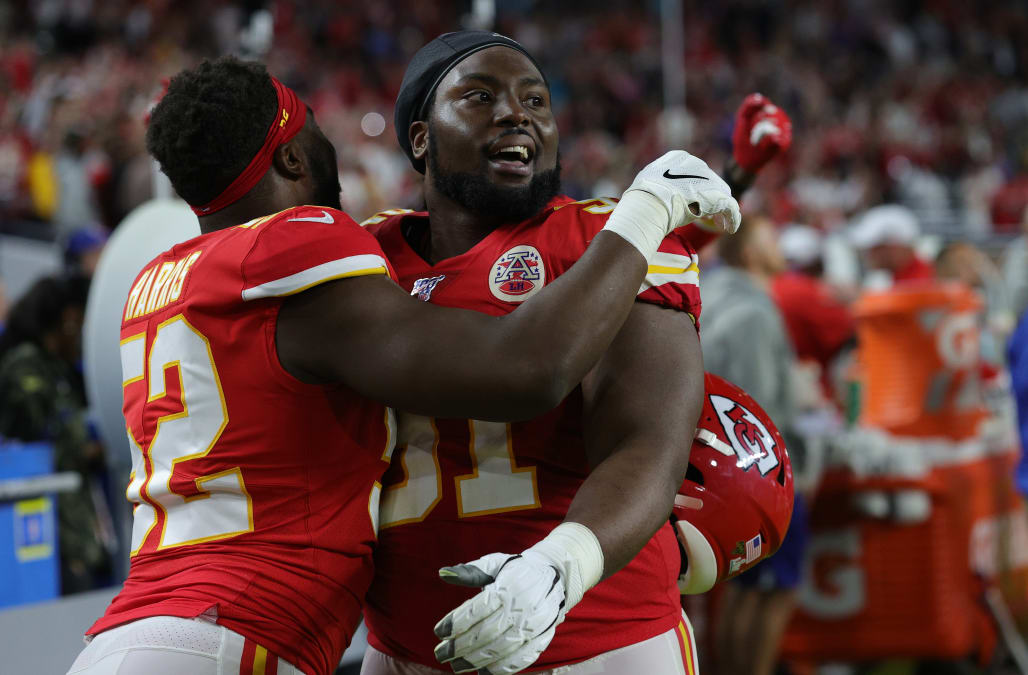 Derrick Nnadi, the Kansas City Chiefs defensive tackle, is celebrating his Super Bowl win by covering adoption fees for more than 100 dogs at a local shelter in Kansas City, Missouri.

Nnadi told CNN that he paid off all adoption fees at the KC Pet Project animal shelter after Kansas City beat the San Francisco 49ers 31-20 in Super Bowl LIV in Miami, Florida, on Sunday. On average, an adoption fee is about $150.

And Nnadi's been doing it all season — for each of the 15 Chiefs wins this past season, he paid another dog's adoption fee at the shelter through his Derrick Nnadi Foundation.

The fee waiver will cover the cost of any dog that became available for adoption before February 2.

"I've never been a champion before. All the years of me playing football, that first time honestly feels like the best day of my life," Nnadi, 23, told CNN of his Super Bowl win.

Nnadi, who just finished his second year in the NFL, told CNN that he wasn't allowed to have any pets growing up. But his senior year of college, he got a dog named Rocky and they created an instant bond.

"When I first got him, he was very timid," Nnadi said. "It made me think of how other animals, whether they're owned or in a shelter, are feeling scared and alone."

"More than 100 available dogs in our care will have their adoption fees sponsored starting today," Fugate said of Nnadi's donation.

According to its website, the KC Pet Project cares for 10,000 animals a year. Its adoptable animals can be found here.