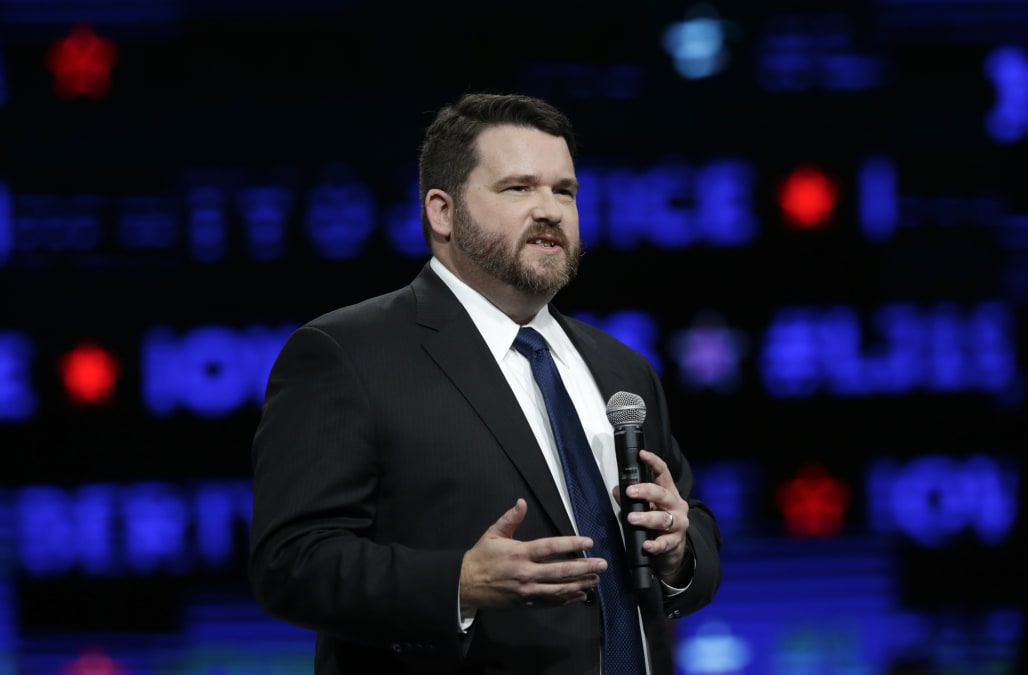 DES MOINES, Iowa — The chair of the Iowa Democratic Party wrote an email distributed to election officials on Tuesday morning that precinct results would be collected by hand, signaling a drawn-out process that could add many hours to an already chaotic caucus.

“What comes next is vital to the integrity of our Caucus process, and we need each of your efforts in order to make it happen,” Price wrote.

Later in the morning, Price told campaign officials on a phone call that he expects to release results at 4 p.m. today.

According to a source working with one of the campaigns, the Iowa Democratic Party was set to hold a conference call with all of the candidates’ teams to update them on the process. That call was originally scheduled for noon CT and was postponed by 15 minutes. At the top of the call, the source said Price promised to release the “majority of results” from the caucuses by 4 p.m.

Those results, however, will not include all precincts. When an unnamed aide raised a question of when the rest of the results would be reported, a state party spokesman said that they are “continuing to work through that process.”

“Today, tomorrow, the next day, a week, a month?” pressed the unnamed staffer.

“We are continuing to work through our process just as soon as we can. As soon as we are able to, in a timely manner, we’ll release the results,” the spokesman replied.

Price and the rest of the state party have been scrambling to respond to criticism on all fronts, from presidential campaigns, caucus leaders and members of the GOP, following a decision Monday evening to slow down reporting caucus results for “quality control.”

As hours ticked by without viable numbers, precinct chairs reported difficulties with a new app, which the state party has paid a private company, Shadow, to develop. The app was supposed to make it easier for volunteers to send in their precinct’s final tabulations, but many instead encountered errors and chose to report their results by phone, only to be met by long hold times.

Cody Hankerson, a 24-year-old precinct captain in Sioux City’s 28th, says he found the app especially glitchy in reporting second realignment data, which refers to when when supporters of candidates who fall below the 15 percent threshold are forced to join forces with backers of another potential nominee. Hankerson told Yahoo News he was unable to properly account for voters who chose not to align with another candidate and, rather, simply walked out.

In his precinct, Vermont Sen. Bernie Sanders was unable to hit viability, and about half of Sanders’s supporters left the caucus site instead of realigning. But Hankerson found himself unable to account for that within the app because it was impossible to record “fewer attendees than what you started with,” he said.

Unable to enter that in the app, he noted them as uncommitted.

“The biggest problem I had was reporting realignment. When I saw hours later a statement from the IDP noting that there were inconsistencies in reporting, I felt it must have been that,” he said.

Hankerson — who attended caucus training for the last six months — found the app interface difficult to use and first came into contact with a “test” version of the results reporting app four days before the caucuses. He received no formal tutorial, he said.

“Many other volunteers in my area were 70 and above. I can’t imagine that in every precinct in every county, there was someone who was 24 and engaged in party politics,” he said. He added that while he is “pretty sure that I did it right, I cannot be totally sure.”

He does feel that his precinct’s paper trail is “rock solid” — a messaging that tracks with sentiment from the state party.

“If there’s anyone I would not want to be right now, it would be the CEO of Shadow or Troy Price,” he said. “They have both had hard days.”

A senior advisor to a presidential campaign with a background in digital issues told Yahoo News that many were not surprised by what happened. Democratic tech expertise “is so insular [and] is why we’re falling behind,” the advisor said.

“Democrats have let people fail up for so long and these are the consequences,” the advisor said. “Everyone hires their friends and everyone they used to work with without any vetting all the time.”