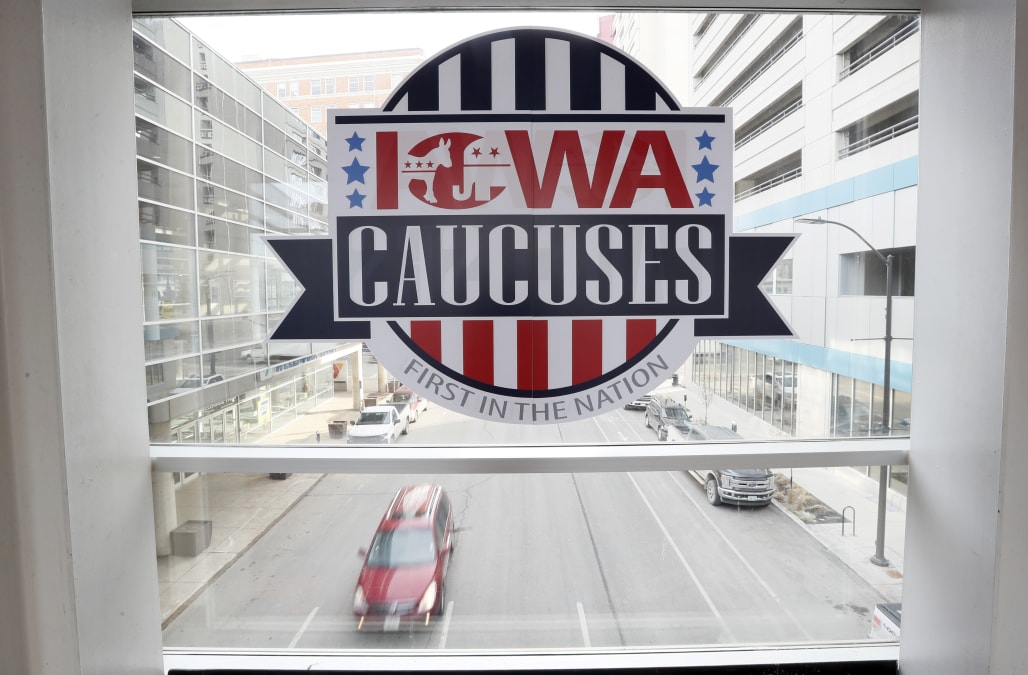 DES MOINES, Iowa — Pete Buttigieg is leading the Iowa caucuses with 62 percent of 99 counties reporting, the Iowa Democratic Party said at a briefing Tuesday afternoon, nearly an entire day after a smartphone app malfunction delayed the reporting of results.

Iowa Democratic Party chairman Troy Price called the delay “unacceptable,” and explained that the party had taken steps to “insure the accuracy” of the results.

Price blamed a “coding error” with the smartphone app adopted this year for the delay in the results, but did not answer questions about when 100 percent of the results would be completed.

During a call with campaign staff earlier in the day, the IDP was unable to commit to a timeline for the rest of the result rollout. Frustrations were high as unnamed staffers questioned how it would be advantageous to release the results piecemeal, as some campaigns might run away with the data and market it as representative for the whole state. IDP president Troy Price continuously reminded frantic staffers that data would be released in stages in any other regular caucuses.

Though that explanation has not been enough to quell anxiety that an app developed for reporting results caused tabulation errors. Confusion around the app’s funding and function coupled with projected unenthusiastic turnout has rendered the Iowa caucuses a mess for many campaigns who are scrambling to move their candidate onto New Hampshire.

On Tuesday state party staffers knocked on doors of rural precinct managers to collect their totals manually, a signal that the first wash of data may be coming from more suburban and urban parts of the state—potentially skewing where delegates might land in the long run.

Without formal results to go on Monday night, candidates were left to spin the results in a positive light. Sen. Amy Klobuchar, D-Minn., exclaimed that her campaign “punched above their weight,” while former South Bend, Ind., Mayor Pete Buttigieg all but declared victory in the state.

“Because by all indications, we are going on to New Hampshire victorious," Buttigieg told his supporters late Monday.

The campaign of Sen. Bernie Sanders said their internal data showed the senator from Vermont he was leading in state, with Buttigieg in second, Sen. Elizabeth Warren, D-Mass., in third, and former Vice President Joe Biden in fourth. Though those tabulations were unverified by the state.