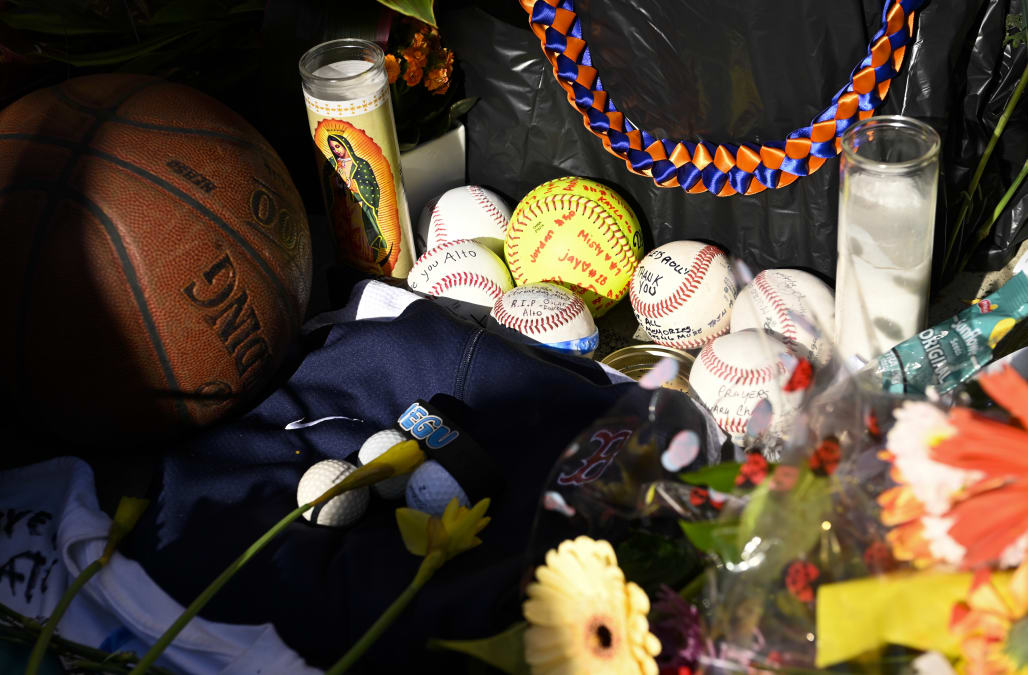 The home of the Los Angeles Angels will host a public memorial service for three of the nine who died in a helicopter crash last week in Calabasas, California.

John, Keri and Alyssa Altobelli will be honored in a service at Angel Stadium on Monday, Feb. 10 at 4 p.m. local time, Orange Coast College announced. John, 56, was the head baseball coach at the school for 27 years and last year was named the national coach of the year by American Baseball Coaches Association. He also coached players in the Cape Cod league, including Aaron Judge and Jeff McNeil.

“There will be plenty of room so if you’d like to be a part of this, we’d love to have you!” the school announced on its athletics Twitter page.

Ok everyone .... we have official word. Memorial service for John, Keri and Alyssa Altobelli will take place on Monday, Feb 10 at 4 pm at Anaheim Stadium. Needless to say ... there will be plenty of room so if you’d like to be a part of this, we’d love to have you! pic.twitter.com/qB9o8FCFVJ

John, his wife Keri, 46, and their daughter, 14-year-old Alyssa, were en route to a basketball game at the Mamba Academy with Kobe Bryant and his 13-year-old daughter, Gianna, when the helicopter crashed. Also on board were Sarah and Payton Chester, assistant coach Christina Mauser and pilot Ara Zobayan. Newly released 911 calls highlight how bad the weather and fog was that day.

The couple has a teenage daughter, Alexis, and their son, J.J., is a scout with the Boston Red Sox.