That Chiefs' razzle-dazzle run play? Turns out they stole it from the 1948 Rose Bowl 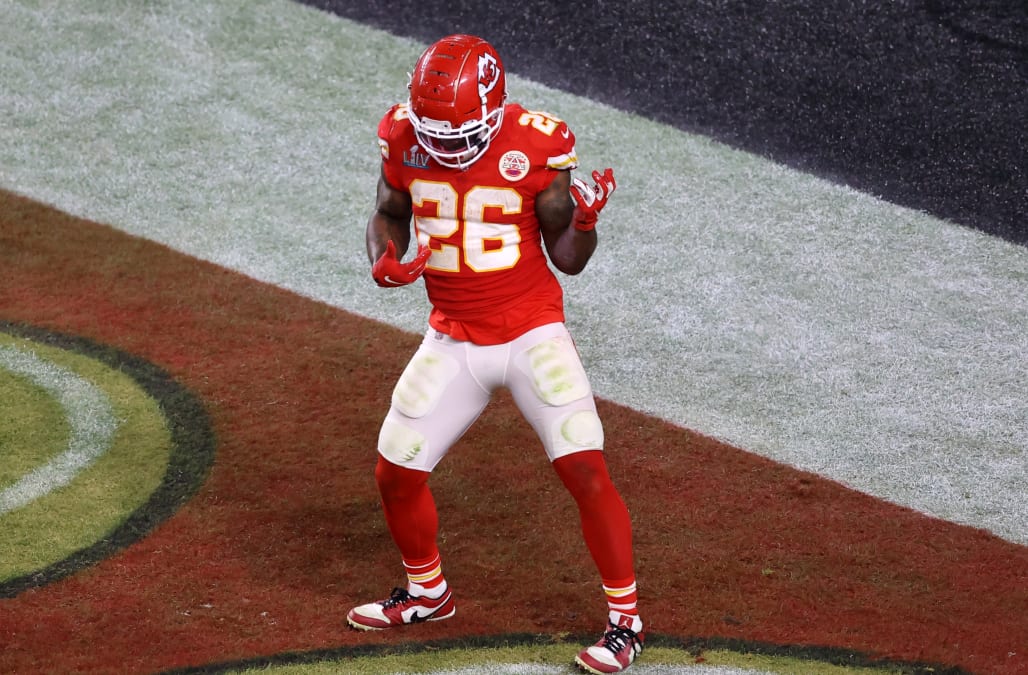 On the Kansas City Chiefs’ second drive of Super Bowl LIV, they set Twitter on fire with a play that quickly was chalked up to some Andy Reid voodoo magic.

But that play, it turns out, is at least a decade older than the 61-year-old Reid is.

The Chiefs faced a 4th-and-1 from the San Francisco 49ers’ 5-yard line, trailing 3-0 near the end of the first quarter. Patrick Mahomes lined up in a short pistol formation, but with an inverted wishbone backfield — three men behind him.

Oh yes, this was old school.

Mahomes and the other three backs twirled in motion before the snap, bringing — if only for one night — the single-wing offense into a Super Bowl. It was absolutely glorious.

This is how the Chiefs set up the first 4th and 1 conversion. It was a direct snap to Damien Williams: pic.twitter.com/KvOck5Anuu

Mahomes faked getting the snap, with the ball instead snapped to Damien Williams, one of the game’s heroes. Williams plowed through the line, and though he was short of the goal line, they got the first. Mahomes ran it in to cap the drive and take the lead.

Naturally, people were curious about the play’s origins. Never doubt a historian of the game such as Reid, who has pored through tape going back to the Great Depression, to dust off a play from a college game from 72 years ago.

The grandaddy of them all

The Rose Bowl has seen some epic moments over the years, but in 1948’s contest, the shock factor was not over the closeness of the game but of the stunning efficiency of the Michigan offense that rolled through USC with 491 yards of offense. And it was without needing to throw more than a handful of passes. The Wolverines pummeled them with their run game that day, but it was also an artful display of deception and misdirection.

And their first TD that day would, all these years later, inspire a pass-first coach to pay homage to it on the biggest stage in the football universe with possibly the best quarterback in that same realm.

Pretty cool. Chiefs OC Eric Bieniemy said they stole that first TD play from Michigan in an old Rose Bowl vs. USC. I looked, and yep. This is from New Year's Day 1948. Fritz Crisler = visionary pic.twitter.com/bcWp5BEf0h

Now read what Chiefs offensive coordinator Eric Bieniemy had to say about the play in question (even if he was a year off):

The fact that the Chiefs have been sitting on that play a while isn’t shocking. You’ve got to unleash it at the right time in the right circumstances. Everything has to line up. But it apparently did, as the play was a success.

And if you’re going to mimic a play — brilliant as it was — from 72 years ago, well, you had better make it worth the wait.