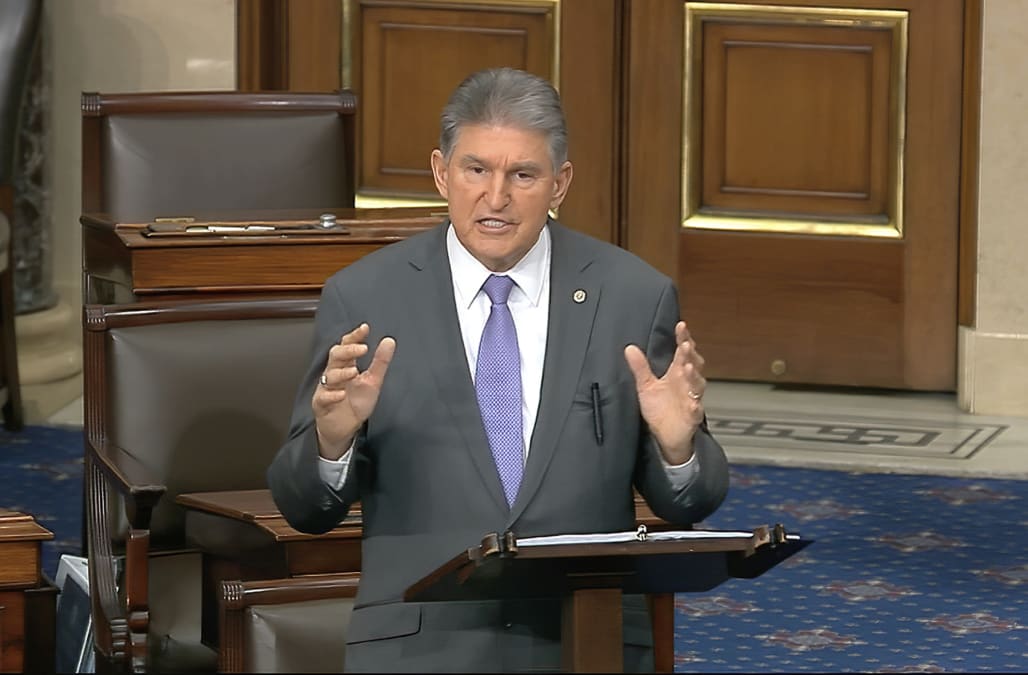 Sen. Joe Manchin offered a resolution Monday to censure President Trump over his attempts to solicit the announcement of an investigation of his political rival. The move is a possible alternative to conviction on the charges brought by the House against the president. Manchin said he has not yet decided how he will vote on whether to remove Trump from office.

“Censure would allow this body to unite across party lines, and, as an equal branch of government, to formally denounce the president’s actions and hold him accountable,” said Manchin, a moderate Democrat from West Virginia, a state Trump won handily in the 2016 election. “His behavior cannot go unchecked by the Senate, and censure would allow a bipartisan statement condemning his unacceptable behavior in the strongest terms.”

“It was not a perfect call,” Manchin said, disputing one of Trump’s favorite talking points.

“President Zelensky or anyone else should never feel beholden to the superpower of the world for a favor before it can receive military aid,” Manchin added on the Senate floor. “It’s not who we are as a country.”

At the same time, Manchin also said that he saw “no path” for the Senate to muster the 67 votes required to remove Trump from office, and he called for his colleagues to support his resolution to censure Trump instead.

.@Sen_JoeManchin: "I see no path to the 67 votes required to impeach President Trump…however, I do believe a bipartisan majority of this body would vote to censure President Trump for his actions." pic.twitter.com/XfKgYrxqBb

Manchin’s resolution states that Trump “used the office of the president of the United States to attempt to compel a foreign nation to interfere with domestic political affairs for his own personal benefit.” It also contains a finding that the president “wrongfully enlisted his personal lawyer to investigate a domestic political rival by meddling in formal diplomatic relations in a manner that is inconsistent with our established National Security strategy.”

While some members of the president’s party, such as Sen. Lamar Alexander of Tennessee, Sen. Marco Rubio or Florida and Sen. Mitt Romney of Utah, have agreed with Democrats that Trump’s actions in the Ukraine matter were wrong, or “inappropriate,”none have put forth a resolution like Manchin’s that would formally rebuke the president.

The fate of Manchin’s resolution, whose passage would require at least four Republican senators to break ranks with the president to join the 47 Democrats, was uncertain. CNN’s Manu Raju noted that the resolution was not “privileged,” meaning it wouldn’t automatically come to the floor for a vote. Raju called the prospect that Majority Leader Mitch McConnell would allow it to proceed “highly unlikely.”

For Manchin, voting to convict Trump could riskthe end of a political career that has become increasingly difficult to navigate in a state where the president’s popularity remains at 59 percent, according to polling by Morning Consult.

“I am truly struggling with this decision and will come to a conclusion reluctantly, as voting whether or not to remove a sitting president is the most consequential decision that I or any U.S. Senator will ever face,” Manchin said Monday.