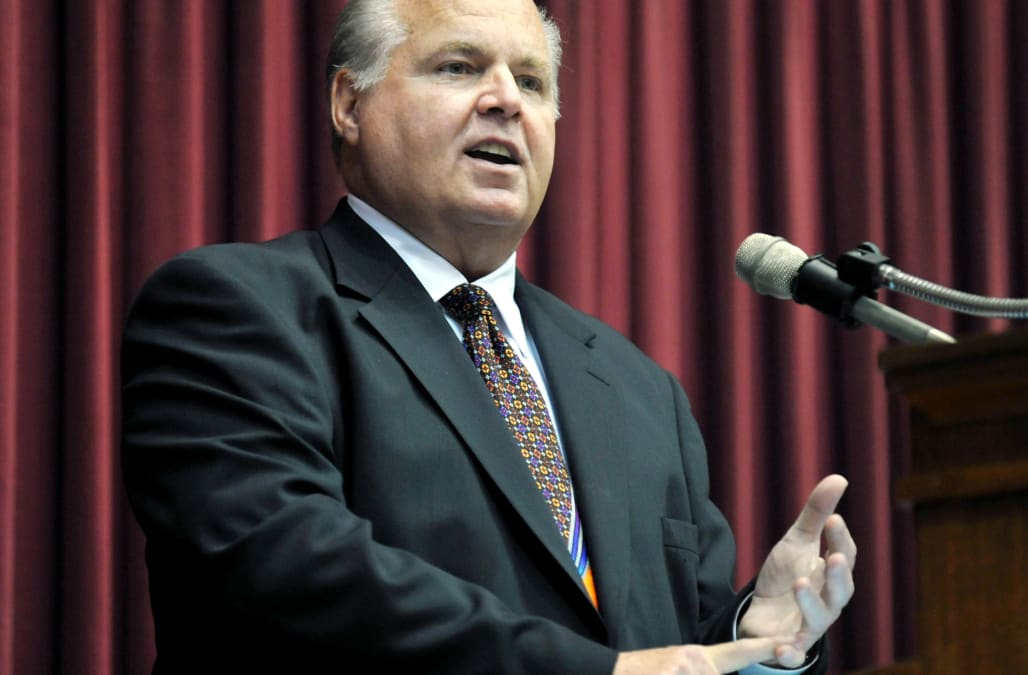 “The Rush Limbaugh Show” host, 69, said he received the diagnosis on Jan. 20 and informed his staff earlier on Monday.

“I can’t help but feel that I’m letting everybody down with this, but the upshot is that I have been diagnosed with advanced lung cancer,” an emotional Limbaugh said.

He will not be present for his show until at least Thursday, he said, while his doctors determine his course of treatment.

“I wish I didn’t have to tell you this, and I thought about not telling anybody,” he said. “I thought about trying to do this without anybody knowing, because I don’t like making things about me, but there are going to be days that I’m not going to be able to be here.”

Limbaugh, whose show is nationally syndicated by Premiere Networks, said he is “at the moment experiencing zero symptoms.”

His news comes about a month after the network, which is a division of the radio giant iHeartMedia, renewed his contract. Though the company has declined to state the length of Limbaugh’s new contract, President Donald Trump said at a rally that it was for four years.

Premiere bills Limbaugh’s show, which has been nationally syndicated for over three decades, as “the most-listened-to national radio talk show in America.” Limbaugh, perhaps the most prominent figure in political radio, wields enormous influence through his live monologues and conspiracy theories.

Prior to his cancer diagnosis, Limbaugh was vocal about his severe hearing loss and diagnosis of autoimmune inner ear disease, which led him to receive a cochlear implant.