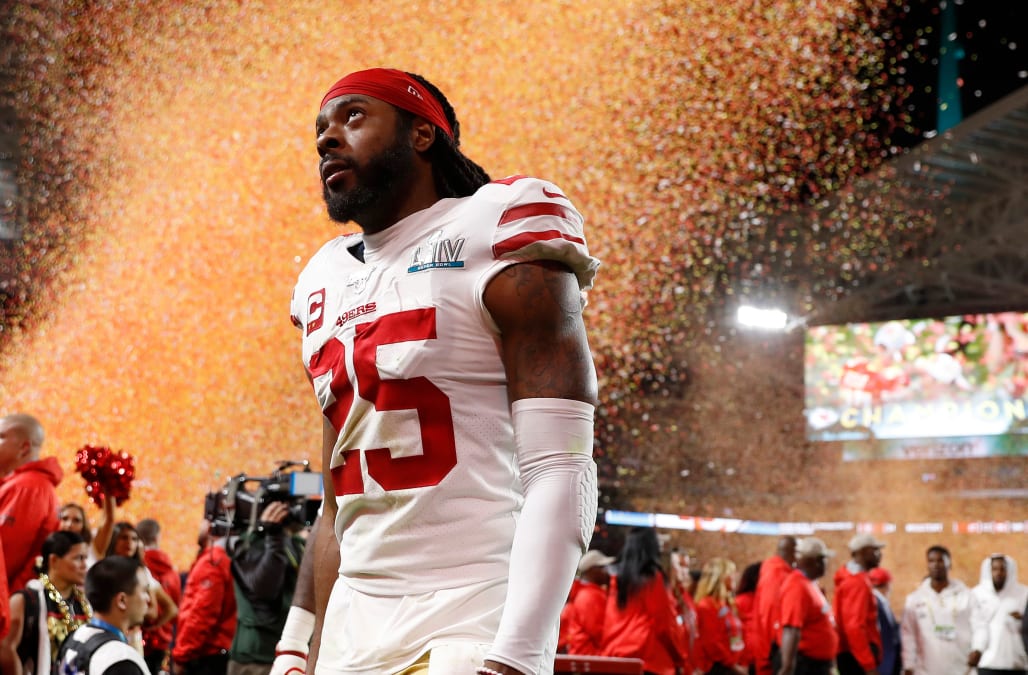 Richard Sherman is a notorious trash-talker.

In kind, he attracts a lot of attention when things don’t go his way on the football field.

Things did not go well for Sherman on the football field during Sunday’s Super Bowl loss to the Kansas City Chiefs.

Most notably, the San Francisco 49ers cornerback got beat deep in man coverage by Sammy Watkins on a 38-yard pass play late in the game.

Three plays later, he failed to come up with a tackle as Damien Williams scored the go-ahead, decisive touchdown for the Chiefs.

For that, Twitter had a field day. Especially on the heels of Sherman’s public beef with Darrelle Revis after the retired cornerback criticized Sherman’s man coverage abilities.

Revis led the social media charge Sunday night, popping up on Twitter after the game knowing people were watching.

He also retweeted this meme imagining his joy in the situation.

But Revis was far from the only one reveling in Sherman’s misfortune.

There was also a lot of this:

Frame this for Richard Sherman pic.twitter.com/6ADP0LK2ck

Somebody tell Richard Sherman to get up... pic.twitter.com/n2SEv84pZn

@RSherman_25 Sums it up perfectly pic.twitter.com/5sbWJQEPc3

Richard Sherman was talking hella shit to Darrelle Revis just to end up like this in the SB 💀 #SuperBowlLIVpic.twitter.com/Rz3DUnovbW

@RSherman_25 better put some aloe vera on those burns #mediocrepic.twitter.com/3NeS1f4jFo

Proud of this team! Wasn’t the result we wanted but we battled through. I wasn’t good enough tonight and I will fix that. Thank you for all the support all year.

It was a tough night for Sherman at the Super Bowl. And thanks to his penchant for making noise, it made for a rough night on social media.