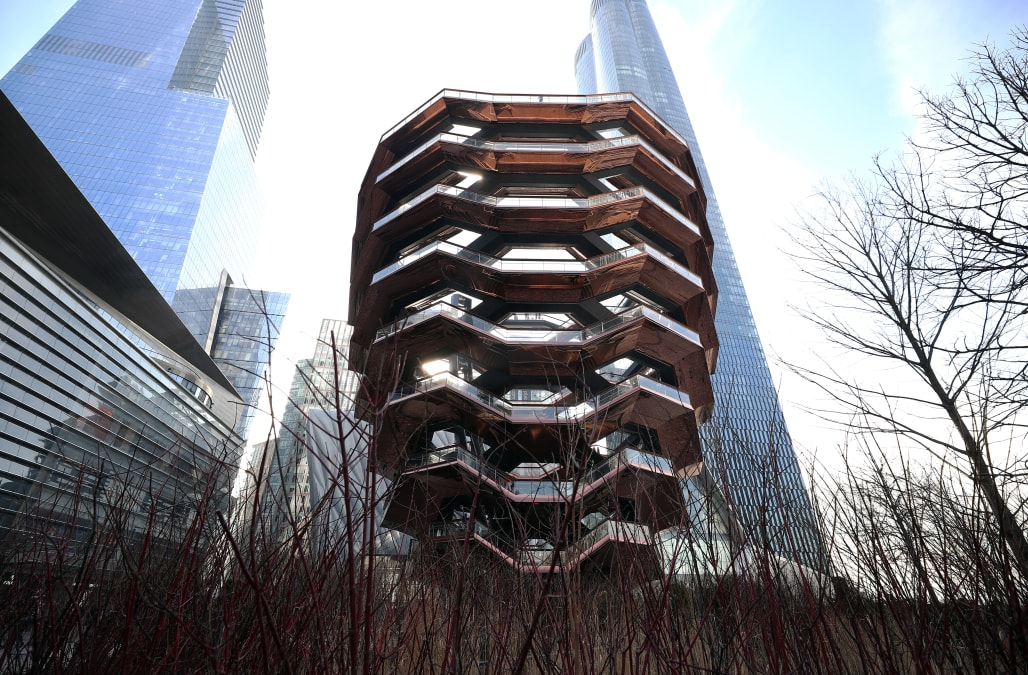 A 19-year-old man died by suicide at New York City's Vessel on Saturday in front of the dozens of tourists visiting the popular Hudson Yard's sculpture, authorities confirm.

The young man, who has since been identified as college freshman Peter DeSalvo, lept off the sixth floor of the 150-foot structure at 5:30 in the afternoon as "onlookers screamed."

He was taken to Bellevue Hospital, where he was pronounced dead.

According to reports, onlookers tried to stop and grab DeSalvo from climbing over the sculpture's railings before he jumped.

“Everybody was really quiet walking down the steps," said witness Marita Salkowski to the New York Post. “Some people had tears in their eyes. My daughter and I went over to the side and said a prayer for him."

After the incident, a visitor ran towards DeSalvo to cover his face with his jacket and employees quickly put up a small tent to shield the body. Meanwhile, tourists were escorted down the attraction by police officers.

DeSalvo grew up as an only child in Basking Ridge, New Jersey and was enrolled for his first year at Sacred Heart University in Connecticut, where he played rugby and football. Those who had known him said they were shocked by the tragedy.

“He loved rugby and football,” said Ethan Fain, 18, who had known DeSalvo since preschool. “He loved to tell jokes.”

“Of anyone from our grade, I wouldn’t have expected it to be Peter,” continued friend David Ji to the New York Times. “He seemed happy for the most part. He seemed to be enjoying life.”

“Our deepest sympathies are with the family of the person who lost their life last evening. We have no further comment at this time,” said Kathleen Corless, a spokeswoman for Hudson Yards.