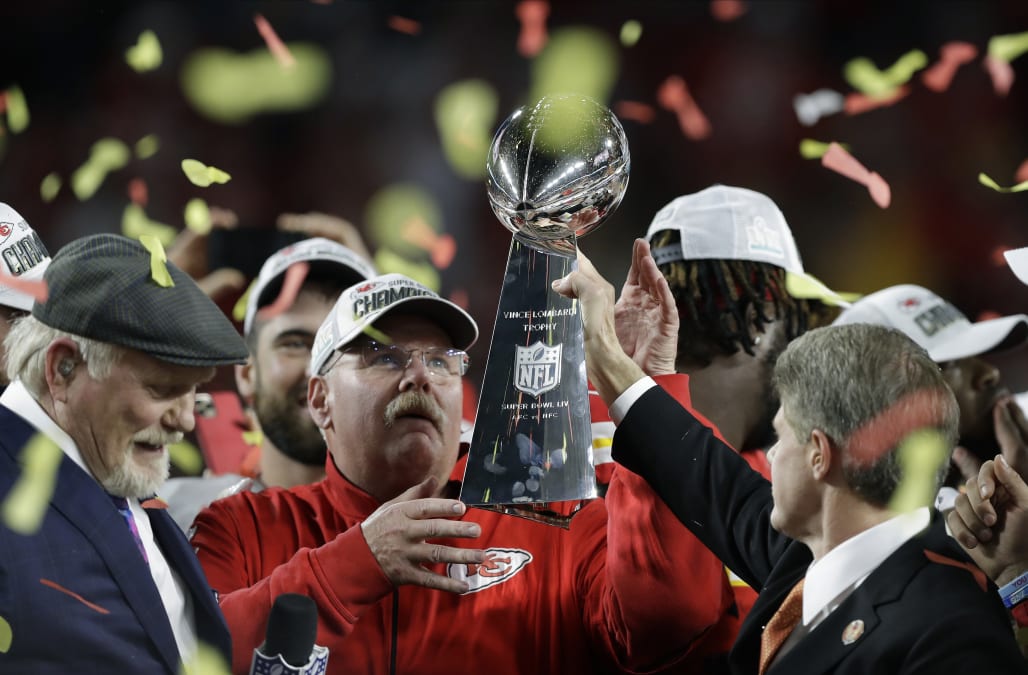 Andy Reid finally got the elusive Super Bowl win that was missing from his resume, but after the game, he showed that he is still as humble as ever.

Reid took a few moments after the game to sit down with his wife, Tammy Reid, on the ESPN set. During the interview, Reid was asked about how tough his profession can be and instead took the moment to praise ESPN commentator and NFL legend Randy Moss on his son's football skills and Moss's life as a father.

"I would really be excited if this Randy Moss guy over here would send his son over to us," Reid said. After Moss said he would, Reid added, "It was great to see you as a dad. That's always great. I was there when you were a rookie, and we couldn't stop you when we were at Green Bay. I'm going, 'This guy is unbelievable. I mean, unbelievable.' Now you've got a son, and you're a great dad, man. I love that."

Here is the sweet moment on ESPN.