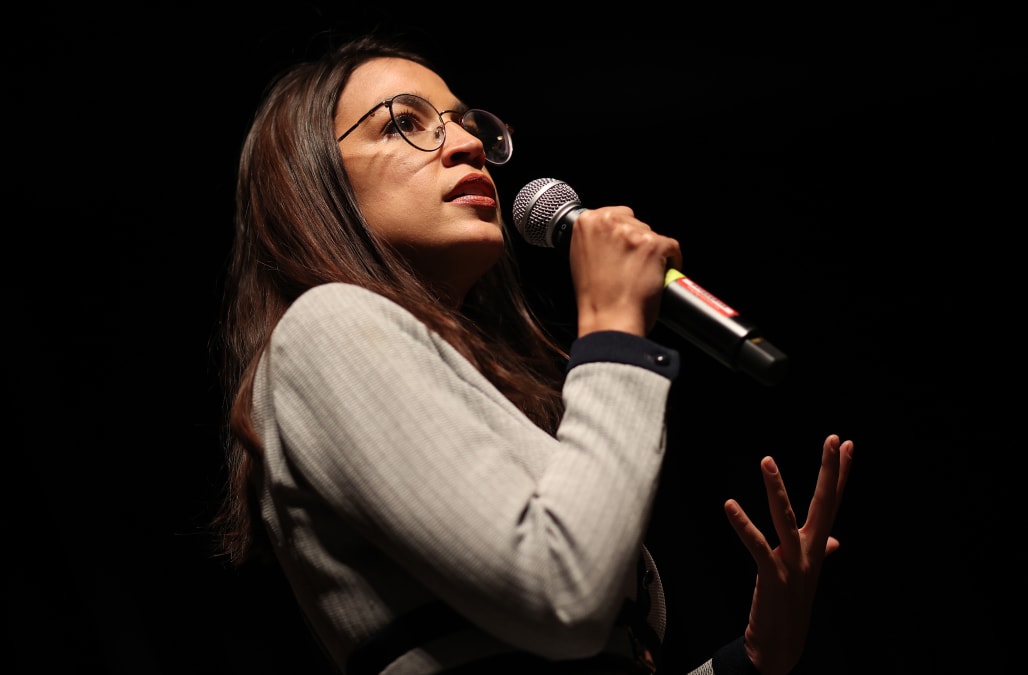 Rep. Alexandria Ocasio-Cortez warns that Democrats could make a "dangerous" mistake if they don't rally around the eventual Democratic nominee.

In an interview with Time, she reiterated comments made by Sen. Bernie Sanders, who she has joined as a surrogate.

"Bernie has said this, I absolutely believe this: whoever gets the nomination, we have to rally behind them, no matter who it is," she said. "And I would hope that everybody would do so if Bernie is the nominee as well."

Democratic National Committee members have privately begun gauging support for a plan to potentially weaken Sanders’ presidential campaign, according to Politico. In November, the outlet reported that former President Obama has privately said he would speak up to stop the Vermont senator from becoming the Democratic nominee.

Ocasio-Cortez called the attempts to stop Sanders from winning the nomination "overblown."

"I don’t think it’s a good idea for people to try to use superdelegate or other kind of subversive policies to deny anybody the nomination because it’s incredibly divisive to do so, and very demoralizing, which is a direct threat in November," she told Time, adding, "The moment you start playing games trying to deny whoever is the nominee, we really start to get into dangerous territory in terms of defeating Trump."

When asked if she thought Sanders even can be stopped at this point, she told Time that nothing in politics is predictable and the campaign is going to keep working.

"No win is ever predetermined, and no win is ever a sure thing, ever," she said. "And especially in the primaries, nothing is ever predictable. Politics is not predictable. And that’s why it’s so important that we just keep our noses down and keep organizing and keep phone banking and knocking on doors and doing what we can because this thing is not over until the nomination is secured."