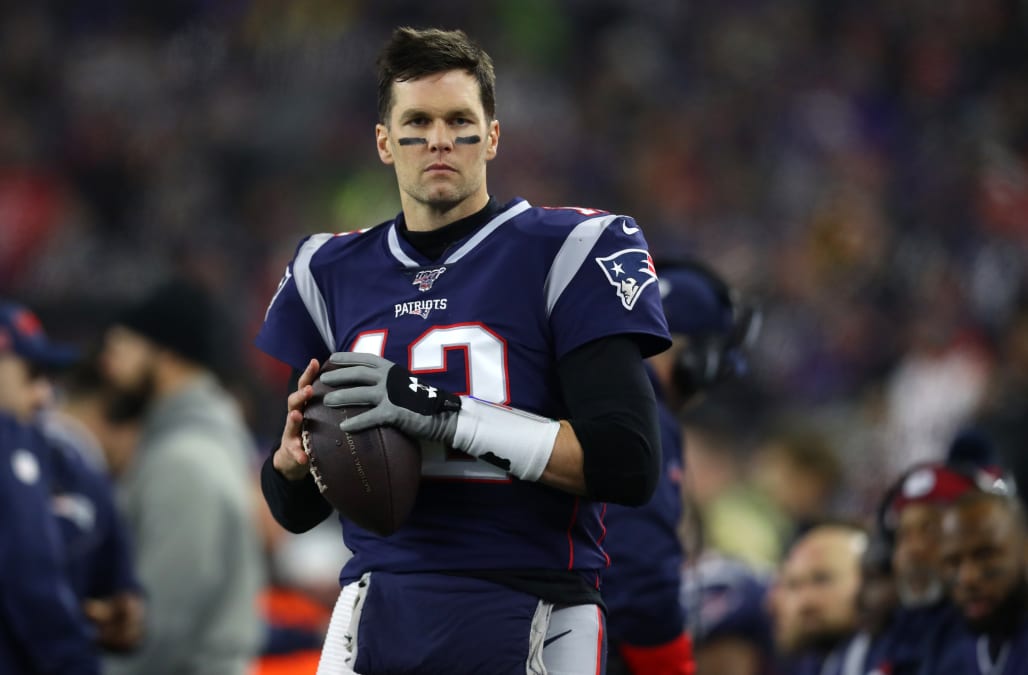 Tom Brady sent Twitter and New England Patriots fans into a frenzy last week with an ambiguous tweet that appeared to hint at his future football plans.

Fans argued over whether the uncaptioned photo meant Brady was leaving or staying in New England after 20 seasons and six Super Bowl championships. The 14-time Pro Bowl quarterback offered no insight into what the cryptic tweet meant.

Is he walking toward the field? Away from it?

It turns out it was part of a Hulu ad campaign.

NFL Network reported prior to Sunday’s game that the photo was a tease for a Super Bowl ad.

Brady added some clarity during his weekly interview with Westwood One Sports.

“I don't want to say too much about it, but all the fans who are watching the game will figure it out pretty quickly,” Brady said, per ESPN’s Mike Reiss. “I was definitely having some fun. It will be revealed here shortly as you're watching the game.”

An ad released during the first quarter provided confirmation.

Tom Brady has a big announcement about his future... pic.twitter.com/0dD7XrnnHB

Brady teased his future plans in the ad before breaking into Hulu ad copy.

He closed the commercial by announcing: “I’m not going anywhere.”

So does that mean Brady’s staying in New England? It’s not clear

The Patriots are reportedly prepared to offer Brady $30 million per season to keep him in New England as the Los Angeles Chargers and Las Vegas Raiders are reportedly ready to get into the bidding as they look to sell tickets in new stadiums in the fall.

Brady remains coy about his plans.

“I don’t wanna take away from anything that’s happening today,” Brady told Westwood One Sports when asked about his plans.