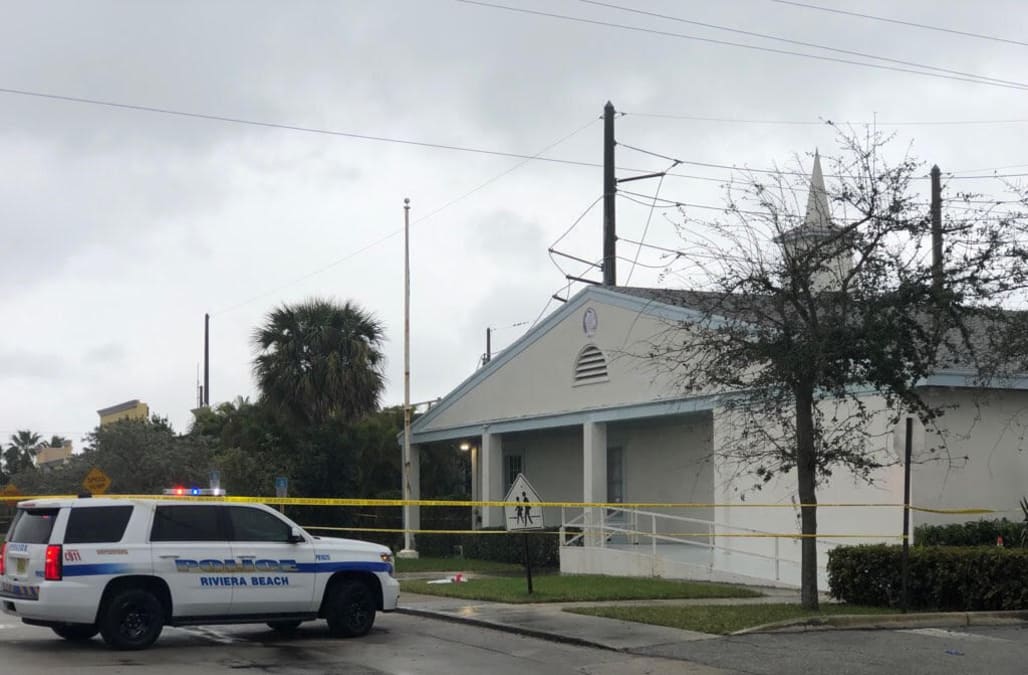 A 15-year-old sophomore at Deerfield Beach High School was one of two people killed in a shooting at a Riviera Beach, Fla., church shooting Saturday.

“The kids are heartbroken,” Glenn said of the team.

Police have not identified a motive, but said it was not “a random act of violence” and believe "it was a result of a dispute between relatives of the deceased whose funeral had been held.”

The victims and the shooter knew each other, officials said.

No arrests have been made.

Tywuante D. Lupoe, the senior pastor at Victory City Church, said armed security had been at the funeral, but the shooting began after the security team left.

“A fight broke out with the family and in the midst of that fight a shooting occurred, and unfortunately there was loss of life,” he said in a video posted on Facebook. “This was not a shooting that occurred inside the church.”

A fourth shooting victim was initially reported, but police said late Saturday that he had actually been shot in an unrelated incident.

In late December, another football player at Deerfield Beach High School, Bryce Gowdy, died by suicide after walking in front of an oncoming train.